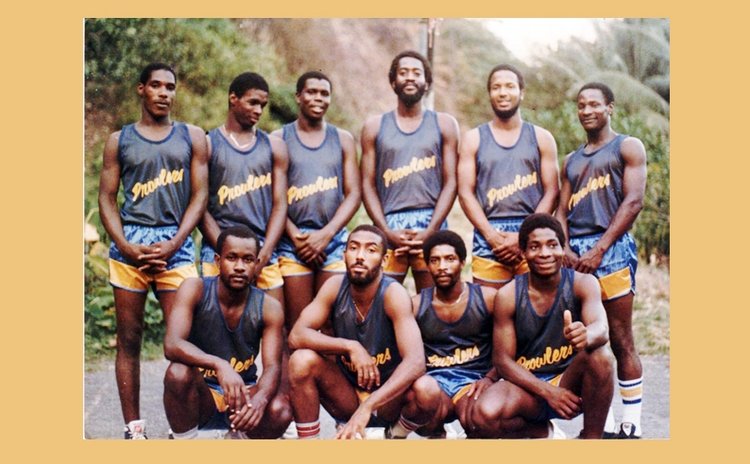 Morne Micotrin, at 4,006 ft towers over the area in Dominica known as the Roseau Valley, because with very good reason, 'The Valley' boasts of a treasure chest showcasing some of Dominica's most popular natural attractions.

Here, one will find waterfalls (Middleham, Trafalgar, Fond England and several lesser-known falls), Ti-Tou Gorge, a Canyon, Wotten Waven Sulphur Springs and of course, lakes (Boeri & its 'Trinity Lakes' and Freshwater). Boiling Lake is actually not located in the Roseau Valley, although its two main access routes originate in The Valley.

Micotrin also beams over the villages and hamlets that comprise The Valley: Laudat and Morne Prosper at the higher elevations, Trafalgar, Shawford, Fond Canie, Wotten Waven and Copt Hall. There are also a couple of basketball courts in The Valley.

Collectively, The Valley has been involved in competitive basketball for almost four decades now, with several teams from the area participating in the Dominica Amateur Basketball Association (DABA) national league. Further, several 'Off-Season' basketball leagues have been run off in The Valley, with Trafalgar serving as the nucleus of the Roseau Valley 'basketball centre'.

Let us take a tour of the region to get a sense of the involvement of the Roseau Valley in basketball.

Roll Call: Roll calls are traditionally taken in alphabetical order and that of the 13 teams from the Roseau Valley which have participated in the national league to date will be no exception. These teams have come from Fond Canie, Morne Prosper and Trafalgar, and the order in which they are presented below has no bearing on the order in which they appeared in DABA's league.

The roll begins with All-Stars, Eagles, Green Hornets/Hornets (debuted as Green Hornets, then shortened their name to Hornets), Hawks, and Morne Prosper Ballers.

For at least 13 DABA seasons, multiple teams from the Roseau Valley participated in the national league: 9 seasons with two teams, and 4 seasons when three teams competed. There was no season when, collectively, Valley teams competed in more than two Divisions of the League while there were 5 seasons when only a single team competed. The teams have been distributed among the four main Divisions of the DABA.

Roseau Valley Teams In National League: The first Valley team to grab a rebound in DABA's National League was PROWLERS, who competed in the Intermediate Division (Division II) from 1982. From their only available game result, they defeated Sifocol [Sixth Form College] 46-41, with E. Deschamps [DeJean?] scoring a match-high of 24 Pts, supported by Fletcher Lancelot with 10. College's team lineup had included "Pros star shooter" in Division I, Gary Moore, who contributed 16 Pts to his team's losing effort.

The year 1983 saw two teams emerging from The Valley. Prowlers, who registered as FOND CANIE PROWLERS, continued in the Intermediate Division which included only 7 teams. However, they did not fare out favourably. From their 13 match results available, Fond Canie Prowlers had 3 victories and conceded 10 losses.

The Valley's other team in 1983 was TRAFALGAR STARS who played in the Junior Division (Division III) which involved 5 teams. From TR Stars' seven available match results, they defeated Fond Colé 31-23, with A. Morancie getting 9 Pts.

In 1984 no team from the Roseau Valley participated in the national league, although a team named TRAFALGAR competed in DABA's 1984 Off-Season League.