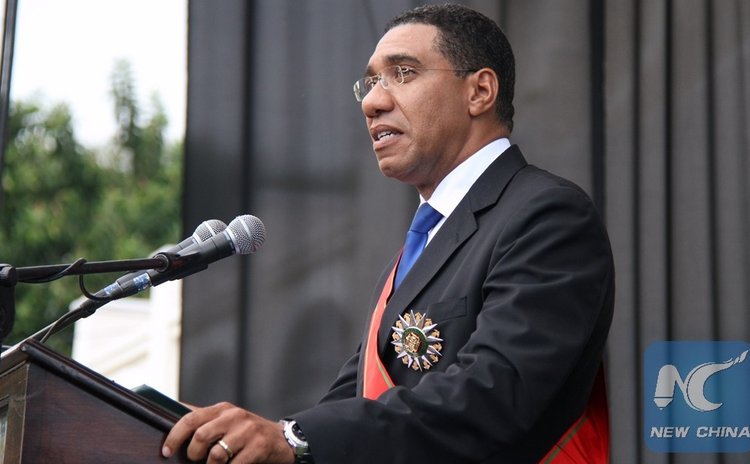 Nothing better illustrates the divide that exists between today's Caribbean and its past than two unfortunate images of Prince William and his wife Catherine in Jamaica; one standing atop a land rover after a military event, and the other having to greet children in Trench Town through a wire fence.

It was one of those rare moments when reality dawns even among royal sycophants that something is amiss, and we are all reminded how far the world and the Caribbean have moved on from the 1960s, leaving those in Britain who long for the past, trailing in its wake.

The royal couple who are generationally different, worthy of respect, and as near to normal as the rarefied environment in which the Prince has grown up allows, quickly recognised the dubious message the pictures conveyed.

The Prince, to his credit, made clear as he ended his visit to Belize, Jamaica, and The Bahamas, that his conversations had "brought into even sharper focus questions about the past and the future."

Speaking about his role in a manner that those who advise him should have recommended he use in briefings and on arrival in the region, he said that the "future is for the people to decide upon." "For us that's not telling people what to do. It is about serving and supporting them in whatever way they think best, by using the platform we are lucky to have." "Relationships evolve. Friendship endures," the Prince said.

Just as importantly, he spoke as heir to the British throne about how "the appalling atrocity of slavery forever stains our history" and appeared to accept that he may not be elected head of the Commonwealth.

Although this is not enough to placate those in the region and Britain who want a more fulsome apology, a detailed discussion on reparations, and a rapid final constitutional separation, his remarks were ground-breaking in that they suggested in Britain that the old order cannot prevail forever.

Given the nature of royal protocol, it was in its own way as potentially a revolutionary moment as the recent acquittal in a jury trial in Bristol of those accused of pulling down a statue to the slaver, Edward Colston.

Equally startling were the comments made on camera to the couple by Jamaica's Prime Minister, Andrew Holness, no doubt aware of his so far unfulfilled electoral promises about becoming a Republic. He made clear that the island was "moving on," suggesting that "in short order" Jamaica intended to "achieve our full ambition as an independent, developed, prosperous country."

It was a surreal moment when the Caribbean demonstrated very publicly to the British people and the world that it no longer saw the course of history in the same way as the former imperial power.

It indicated too, to paraphrase an editorial in the Gleaner, why the final act of repatriating sovereignty, should be seen as a declaration of confidence, celebrating Caribbean heroes, and why Jamaica has joined the rest of the region in demanding justice from Britain for chattel slavery.

Very soon the UK and other European governments are likely to have to respond to a Caribbean request to establish a formal mechanism to discuss restorative justice for slavery.

Speaking about this recently in her role as Chair of CARICOM's Prime Ministerial Sub Committee on Reparations, Mia Mottley, Barbados' Prime Minister, said that following a consultation with the African Union, a draft letter is now before Caribbean Heads. This will be sent soon, she said, to European nations responsible for colonisation and enslavement.

Noting that the world had moved on from when a reply to a letter sent to the UK in 2016 noted only a shared dark history, she expressed the hope that this time the response would be different. The Black Lives Matter movement, and the recognition, especially by younger people of the need for climate justice and a world "generally intolerant of poverty, inequity and discrimination," she said, gave reason for the hope that a "sensible and mature engagement on matters that are fundamental to the Caribbean" can take place.

Expressing the wish that an appropriate framework for such discussions can be established, and noting the development challenges the region faces, Ms. Mottley observed that finding a solution was little different from legally righting any other wrong.

She is of course right, but the issue is so politically charged and often personalised that it is hard to see how in the UK, where the desire of many senior figures in the Conservative government to set the issue aside as 'history' and 'wokeism', might be resolved through negotiation alone.

Much will depend on how practical outcomes might be identified, the extent to which at the outset, political and public opinion can be brought onside, and how a case is built.

Morality and history are unquestionably on the Caribbean's side. In contrast to the compensation of £20mn (the equivalent of US$22bn today) that plantation owners and others received in 'compensation' from Britain in the nineteenth century, Guyana, Barbados Trinidad, and Jamaica, despite their underdevelopment received little in support at the time of independence. Even when OECS nations individually ended their association, they received a 'gift' of £10mn (US13mn): a sum so paltry that even the British Minister present at the time told me, a young journalist, how shocked he was to discover the impoverished state of the country he had spent months negotiating with.

Such issues can now be linked directly to present indebtedness, vulnerability, and the existential issue of climate change, at a time when the Caribbean has other friends in the world.

The issue of reparations, the optics of the recent royal visit, and the appallingly slow progress being made in relation to righting the wrongs experienced by the Windrush generation cannot be divorced from one another, nor from Britain's post-Brexit boast that it has values it wants to share with the world.

CARICOM Heads need to say this loudly, garner international support, and do more to carry public opinion in the UK.

This means Caribbean leaders speaking out, and having the UK's regions, its opposition, more thoughtful ministers, the diaspora, and especially the country's young, recognise how past wrongs might be practically addressed. The time has arrived for a structured dialogue that results in economic and social outcomes that benefit the widest number of Caribbean people.