Rubis Country Manager, Nicholson Dodds, could neither confirm nor deny reports that the company will leave Dominica in September 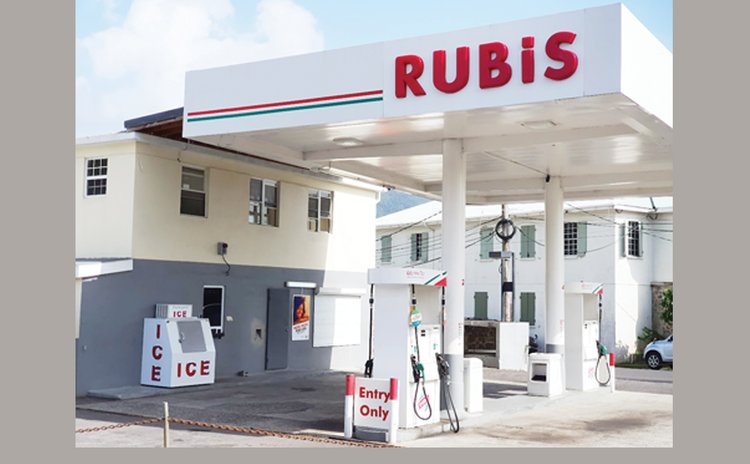 Speculation is rife that come September 2022, Rubis West Indies Limited, the distribution company of petroleum and aviation fuels, LPG, and lubricants, will end its nearly 11-year operation in Dominica.

As to why this decision has been taken, our sources point to a loss of earnings for six years within the decade since the company established its service stations in Dominica.

When contacted, Rubis Country Manager, Nicholson Dodds, told the Sun that he could neither confirm nor deny the reports of the company's expected closure and instead directed the Sun to the government of Dominica, particularly the minister of trade for answers.

Though Dodds chose to remain tight-lipped on Rubis's future operations on the island, a manager at one of the company's nine service stations confirmed the news to be true, stating that, "it's been long in the making."

"Many people will look at the current price of fuel and think that the companies are profiting, but the real freeloaders in this industry are really the Government of Dominica," the source declared. "From the increase in the minimum wage, the COVID-19 pandemic, now the Russia and Ukraine war, it's really been a struggle to keep this sector and the company alive."

The source also referred back to a press release from the Association of Fuel Retailers in Dominica less than a year ago that cited the Ministry of Trade's inability to provide a timeframe for the resolution of the issue and the failure of the government to honour a 2014 agreement to hold yearly reviews with the Retailers Association,

To get a better understanding of the fuel industry here in Dominica, the Sun turned to petrol retailer Herbert "Sukie" Winston, who echoed similar remarks, on the downfall of the sector.

According to him, since the industrial action which was taken by a few of the gas stations on the island last year, none of their issues has been addressed.

"The government came in physiologically and made a package of attractions to the importers but I can tell you that we are not seeing any changes," he said. "I can only speak for myself and I can tell you that I consume sour grapes. For years I have been left stranded and nothing has been taken into consideration of my plight. I'm the only indigenous importer of fuel in this country all others are multinational companies and foreigners, and no attention was given to me from any angle whatsoever."

This isn't the first time within the past year that talks have surfaced of Rubis ending its operation in Dominica.

A letter sent to members of staff dated August 16, 2021, informed them of the company's decision to temporarily withdraw its services come September 16 of that year.

The company stated then that the current regulated fuel prices in Dominica mandated by the Ministry of Trade require that Rubis sells fuel below its acquisition cost, which the company says results in a loss of money for every gallon of fuel sold.

"You were also earlier informed that this situation is unsustainable and that as a result, Rubis would likely suspend fuel sale in Dominica to stop the economic loss while continuing to negotiate with the Government for improved regulation for the sale of its fuel product in Dominica. This course of action, you were informed, would have a negative impact on jobs," the letter stated.

The letter ended by stating that the company hopes for a successful resolution with the Government of Dominica and will update employees on the situation and their employment status.

On August 27, Prime Minister Roosevelt Skerrit, while speaking on the status of the negotiation between his government and Rubis, was adamant that his government would not give in to what he referred to as 'extortionist approaches' from Rubis and made it clear that the Dominica Treasury would import petroleum if Rubis leaves the country.

He said then that the petroleum company has been asking for a price increase, but he argued that given the price build-up mechanism that determines the final price at the pump as well as the wholesale price, his government was not paying the company less than what they pay for the gasoline, as they alleged in the letter.

He called on the management of the company to accept his government's proposal and take it "step by step" as this should not be a case where the company wins but the people of Dominica are impacted in the process.

A few days later- September 3- at least six of the nine service stations operated by Rubis West Indies Limited Dominica and one other provider, under the aegis of the Association of Fuel Retailers in Dominica, ceased operations and indicated that they would not reopen until their demands were met by the government.

The group said their protest was prompted by a lack of progress in negotiations with the government on the price build-up mechanism for the sale of fuel, a situation which the association said would cause a collapse of "this critical industry" if it was not addressed urgently.

Three days later, following a meeting with the ministry of trade, the association announced a change of heart and resumed operations on September 6, 2021, ostensibly, "to give the Government additional time to resolve the issues of the petroleum industry in Dominica."

Several attempts were made to speak to various representatives from the Ministry of Trade as well as the Fuel Retailers Association of Dominica on the status of the nearly year-long negotiations, but were all unsuccessful.