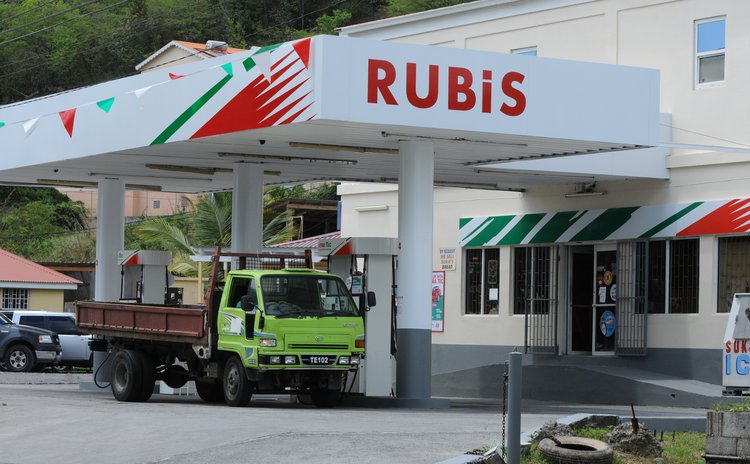 "The new look Rubis stations are fresh, modern and appealing. This includes rebranded fuel dispensers, new air pumps, upgraded forecourt lighting, new canopy design and an appealing uniform for staff," the release stated. "We have focused on training and developing the service station employees to offer great, consistent customer service and have designed a Rubis training program. Our focus is to take the customer experience to a whole new level".

RUBIS is an established, French based international private limited company founded in 1990. RUBIS specializes in the downstream petroleum and chemicals sector, operating bulk liquid storage facilities (for petroleum products and chemicals) through our subsidiary, RUBIS Terminal and distributes fuels through our subsidiary, RUBIS Energie. Since 2000, RUBIS has expanded its presence across three regions, (Africa, Europe and the Caribbean) through direct investments and acquisitions. The Group has enjoyed robust growth driven organically through new sites and acquisitions.

In 2011, RUBIS acquired the Texaco assets owned and operated by Chevron in the Eastern Caribbean. This acquisition made RUBIS a formidable competitor in the regional downstream petroleum market in Antigua & Barbuda, Barbados, Dominica, Grenada, Guyana, St Lucia, St Vincent and the Grenadines and Trinidad & Tobago. Further acquisitions during 2012 included the Chevron assets in The Bahamas, Cayman Islands and Turks and Caicos Islands. In 2013, RUBIS acquired the assets of The Antilles Group Limited (TAG) fuels distribution business in Jamaica, including a network of 53 service stations operating under the Shell brand. These 12 territories, joined with the already acquired assets in Bermuda (2006), Guadeloupe, Martinique and French Guiana (2005) make RUBIS a major player in the fuels distribution business regionally.

"Combined with its skilled management structure and the synergies derived from prudent supply and shipping, RUBIS has secured a leadership position with its logistics base comprising of nine import storage terminals, a mixed set of commercial and aviation distribution activities along with over 230 retail service stations throughout the Caribbean," the release stated. "RUBIS is a leading supplier of premium aviation fuels in the Caribbean, supplying high quality jet fuel and aviation gasoline at the 9 Caribbean airports in which we operate. The RUBIS shipping and supply department supports the core business by trading refined fuels as RUBIS products are shipped to various destinations across the Caribbean".

It added: "In Dominica, our terminal is located in Canefield where the Sales and Operations teams are based. Our highly qualified teams are strongly motivated by Rubis' entrepreneurial approach in which the employees are encouraged to think local and constantly seek opportunities to grow the business. RUBIS Dominica has a strong commitment to the local communities in which it operates and will continue to support community projects. RUBIS is a committed supporter of Dominica's development".