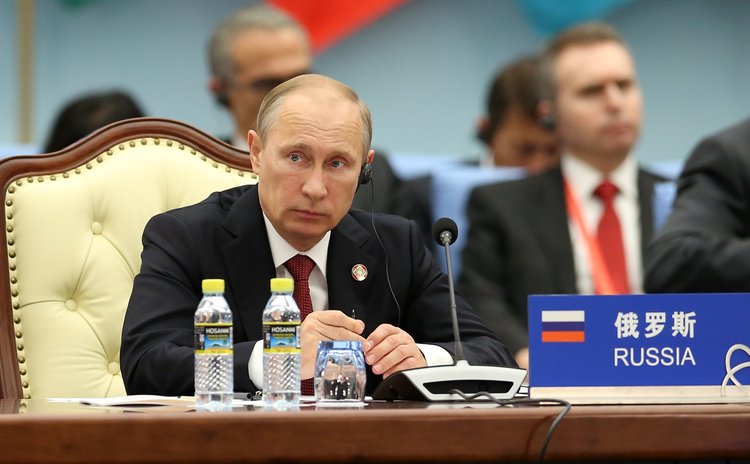 SHANGHAI, May 21, 2014 (Xinhua) -- Russian President Vladimir Putin attends the fourth summit of the Conference on Interaction and Confidence Building Measures in Asia (CICA) in Shanghai, May 21, 2014

Putin arrived at Havana's Jose Marti International Airport at about 5:30 am local time and was welcomed by Cuban First Vice President Miguel Diaz-Canel and other officials.

During his visit to the Caribbean country, Putin is scheduled to meet the leader of the Cuban Revolution Fidel Castro and Cuban President Raul Castro, and to sign 10 agreements to expand the Cuba-Russia cooperation in the fields of energy, transport, culture, industry and health, among others.

Putin also will lay wreaths at the Memorial to the Soviet Internationalist Soldiers and at the monument to Cuban national hero Jose Marti.

Before his travel to the island, Moscow canceled 90 percent of the 35 billion U.S. dollars of debt that Havana had owed to the former Soviet Union.

The rest of the debt, estimated at 3.5 billion dollars, is to be paid by Havana in 20 installments over the next 10 years and spent on joint investment projects on the island, which approved a new foreign investment law.

This is Putin's second visit to the island since 2000.

From Havana, the Russian leader will travel to Argentina, and Brazil where he will attend in Rio de Janeiro a ceremony of granting Russia the right to host the Soccer World Cup 2018.

Putin will participate in the summit of BRICS countries in the city of Fortaleza.

Russia is the ninth largest trade partner of Cuba. In 2013, their bilateral trade recorded 185.1 million dollars.