Windsor Park Sports Stadium manager says all precautions will be taken to safeguard the public; he says repairs will be completed by the end of September 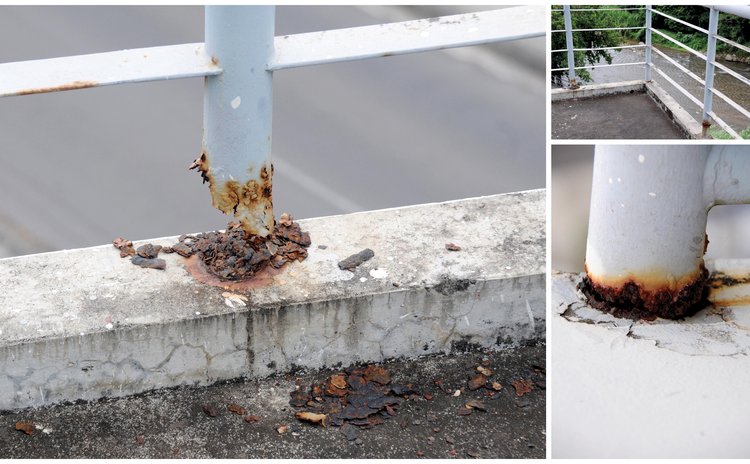 The Windsor Park Sports Stadium, Dominica's main sporting facility, needs major repairs. For example, railings on the stands are rusting away and that could pose a danger to spectators who will soon be attending the World Creole Music Festival there.

But Stadium officials say they are aware of the rusting railings and are preparing to get them repaired.

Garford Joseph, the Stadium's manager, told the SUN in an exclusive interview that he is aware of the rust especially on the East Stand and the matter is being dealt with urgently.

"Our maintenance plan is one of the things that we have to revisit very often," Charles said. "As you know, we have been doing a lot of work on the roofing and railings of the south side of the North Stand and the Presider Stand. We are doing it on a phase by phase basis. Work for that was all allocated for in the last financial year," Joseph said.

He continued: "This financial year, we are addressing the East stand which is the railings that the people who have been there are talking about. We will be addressing the railings on the East stand as well the roof. The finance has already been allocated for that project and within days we will be having advertisements for tendering of the project.

Joseph says members of the general public who saw the rust in the railings "need not worry, since it is not our intention to have it that way and we are taking all the precautions to safeguard the public. We will be doing all the necessary remedial and maintenance work by September 2016."

The Windsor Park Sports Stadium held its official opening ceremony on October 24th, 2007. The EC$45 million sports facility was a gift from the government and people of China. It has a capacity of 12, 000 with 8,000 in fixed seating.

Earlier this year, the Government signed a $404,765 contract with local contractor, Fortify Construction for roof repair works on the sports stadium.