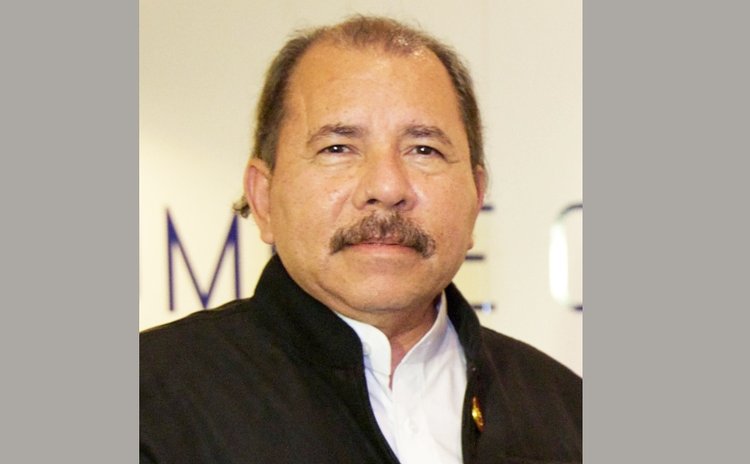 (The writer is Antigua and Barbuda's Ambassador to the United States of America and the Organization of American States. He is also a Senior Fellow at the Institute of Commonwealth Studies, University of London and Massey College in the University of Toronto)

The rights of persons everywhere in the world have to be protected from authoritarian governments that suffocate them.

In the English-speaking Caribbean countries - 13 of which are the core nations of the Caribbean Community and Common Market (CARICOM) – there is an outstanding tradition of respect for human, political and civil rights.

Establishing individual rights, including freedom of speech, freedom of the media, the right to organize trade unions and political parties, and to practice religious faith, were hard won. The people of these 13 countries won these freedoms by overcoming the shackles of slavery and indentured labour, colonial rule, expatriate control of economies, and exploitation.

Today, the 12 independent English-speaking countries of the Caribbean can, for the most part, boast of a record of upholding and respecting rights.

Respect for rights is obvious when a political party loses office in a general election. Power is handed over peacefully and orderly to the political party that wins the election through the ballot box. This was obvious recently in Grenada, where a party that had held office for decades under the leadership of the longest serving head of government, accepted the decision of the electorate and handed over the reins of government.

Respect for rights also includes regard for criticism expressed in the media, and tolerance of social media where both supportive and opposing opinions and views are openly stated.

The benefit of respect and maintenance of these rights is that these 13 countries enjoy democratic freedoms in which the talents of individuals and groups can thrive without fear of repression. In large measure, it is the enjoyment of these rights that allows these small countries to prosper despite the economic constraints of size and the effects of natural disasters.

The protection of these rights is, therefore, important. Championing them abroad is as crucial as defending them at home. When rights are violated and abused anywhere, threats are posed to them everywhere.

It is in this connection that CARICOM countries have to be concerned about human, political, and civil rights in neighbouring states and in the wider world. Disregard for rights by governments can spread like a pandemic if it is not stopped.

The current situation in Nicaragua should be a matter of grave concern. In November 2021, Daniel Ortega was re-elected as President in a process that trampled on rights. Almost 40 opposition persons were imprisoned, including seven potential presidential candidates; and several political parties were blocked from participation in the election. Additionally, independent media were stifled, journalists were jailed, and many non-governmental organizations were hounded into oblivion. Peaceful demonstrations were ruthlessly broken-up, causing hundreds of deaths.

At the time of the November 2021 election, Ortega had been in power for 15 years since 2006. During that time, he became as autocratic as the Somoza family whom he had fought against four decades ago as head of the Sandinistas.

After the election, the restriction and suppression of rights continued, including by the harassment and imprisonment of some of the men and women who had fought with him to free Nicaragua from the tyranny of the Somoza dynasty. Many of them suffered atrociously in prison, denied adequate food and medicines. Charges were trumped up against them but their real crime in Ortega's eyes was their expressed dissent to his government's policies.

The current judicial system is corrupt and totally controlled by Ortega, incapable of delivering justice. The legislature is also a sham, comprised mainly of members of his own party, opposition parties having been disqualified or eliminated.

In March 2022, this led to open condemnation by his Ambassador to the Organization of American States (OAS), Arturo McFields. During a live webcast of a Permanent Council meeting, McFields described the Ortega government as a "dictatorship", which, he said, is stifling civil and political freedoms in Nicaragua.

The situation in Nicaragua has steadily worsened since then. For example, the number of political prisoners has increased from 177 in March to 190 at the end of June. Additionally, on June 29, the government closed 101 civic and charity groups, including the local branch of the Missionaries of Charity established by Mother Teresa. This brought the number of forced closures of non-governmental organizations over the last four years to 758. Ortega's government claims that these nongovernmental groups were working on behalf of foreign interests to destabilize his government. Even if many of them were funded by foreign sources, the accusation that all 758 were working to destabilize his government rises to a high level of paranoia and strains credibility.

On July 6, the Nuns, from Mother Theresa's missionary, which had been operating for 34 years as a children's centre and a home for girls and a facility for the elderly, were driven to the border with Costa Rica and ordered out of the country.

On July 4, four months before scheduled municipal elections, the riot police seized the city halls of five municipalities that had been in the hands of an opposition party, guaranteeing that Ortega's party would win what will now be sham elections.

All this has had a deleterious effect on Nicaragua. Tens of thousands of its people have fled across the borders to Costa Rica and Panama. Many more thousands have trekked through Mexico to the border with the United States, their lives in turmoil; their future uncertain. The prospects for Nicaragua dim every day, epitomizing why human, political and civil rights are imperatives and why freedom loving persons must safeguard them – everywhere.