Jump Ball: No. 56. By Arlington James 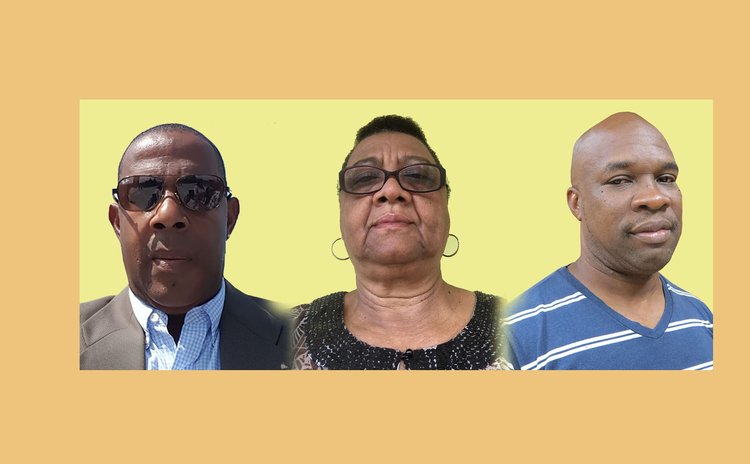 You're walking up Federation Drive one Sunday afternoon and pass two young men in a roadside conversation. One of these athletic-looking youngsters says, "Saints", and immediately Saints Cricket Team or Football Team comes to mind. Further on, you encounter another small group and a youngster on a mountain bike mentions the name, "Zebians", and this time Zebians Football or Volleyball Team flashes on your mind's screen. Both Saints and Zebians sports clubs individually left their marks on Dominica's sporting landscape.

However, to most patrons in Dominica's present-day sporting arena, neither of those two clubs would be associated with the sport of basketball. But there is much truth in the Kwéyòl expression which translates to, "What you don't know is always older than you". In fact, between Saints and Zebians three basketball teams competed in the national basketball league some years ago.

The 20th February 2017 edition of Jump Ball was titled, 'Basketball Doctors… Playin' Football?' But in this instance it is a case of football (and cricket) clubs playing basketball. And this is quite apart from the scores of individual footballers from teams such as Blue Stars, Dame Central, DGS, Goodwill Drafters, Harlem, Gramacademites, Kensborough, La Plaine, Portsmouth, Potters, SMA, Woodbridge, etc, etc, etc, who played with teams in the national basketball league.

Let us now reset the hands of the analogue game-clock back 37 years and take a seat with the scorers in order to have a court-side view of the football and cricket sports clubs playing in Dominica's national basketball league.

Saints Sports Club was first on the court, in the early 1980s, fielding two (2) teams in the national basketball league in different years.

The 1982 basketball season saw possibly the first Women's Division in the DABA competitions and Saints was one the teams which participated then. In late April that year Saints reportedly "whipped Michelles 41-28", with star netballer Alice Jno. Jules, one of the pioneers of women's basketball in Dominica, getting a match-high 27 points (The New Chronicle, Saturday 1st May 1982).

With the clock ticking Saints Sports Club maintained their presence in the DABA national basketball league in 1983 but this time with the participation of Heineken Saints in the Intermediate Division (a.k.a. Division II).

However, that season Saints lost to Sifocol 58-64, and at least twice to St. Mary's Academy, firstly by a score of 48-54 in the League competition, and were later knocked out 47-31 by the school boys. And, just as with their female counterparts, Saints men's team lasted only a single season.

Meanwhile, Red Bull, who was also formidable on the football field and cricket pitch, stepped up to the basketball league's senior division in 1984, playing with Harks.

Now, fast-forwarding the game-clock 10 years to 1994, we see ACS Zebians actively on the football field and the basketball court. Zebians, who, made their debut on the football field in the 1980s, were crowned Intermediate Division Champions in 1989 before moving up to meet the 'big guns' of Dominica's football – including Saints - in 1990.

That season Zebians defeated X-Men 56-51, with Georgie sinking 17 Pts, Bionel 14 and Shawn 13 in that encounter. However, they lost to Hoyas 65-81, with Bionel powering in 21 Pts, Shawn 16 and Georgie 12. This was followed some games later by a loss to Flames 48-55, but with Dangler's 24 Pts including six 3-pointers, while Bionel contributed 13 Pts in that losing cause.

Zebians were later knocked out of the 1994 Division II Knockout Competition by Home Boys of Grand Bay, 56-78 (Sources: The New Chronicle, 1994).

Both sports clubs have long disappeared from Dominica's sports landscape.

Saints men's and women's basketball teams as well as Zebians basketball team did not remain for long on the court but each contributed, in a small but appreciated way, to the overall development of basketball on the island. Jump Ball and others have taken note.

Special Thanks to Yannick Bethel for preparing the collage.