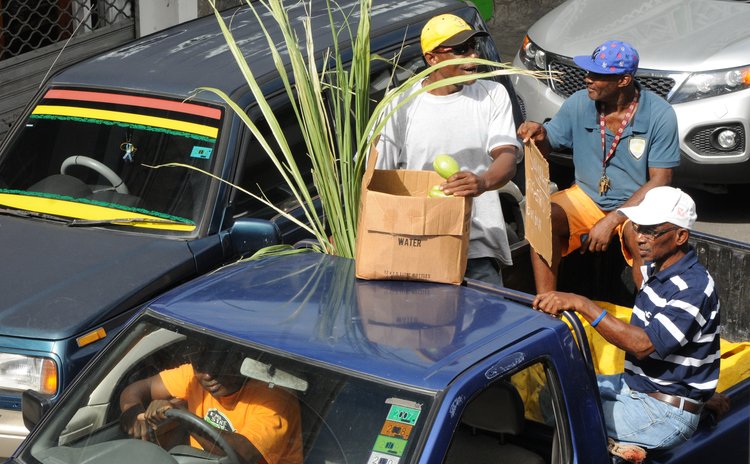 On Wednesday morning about 20 vehicles carrying a number of farmers protested the condition of their farm roads by honking horns as they drove through the streets of Roseau. The protestors carried a variety of farm produce and trees.

"We are paying taxes. Salisbury farmers dominate the Roseau and Portsmouth markets on a weekly basis. We are feeding Dominica," said Parliamentary Representative and Leader of the Opposition, Hector "Spags" John on Q95 FM while the protest continued for about an hour.

John said when opposition parliamentarians ask for assistance, during meetings of the House of Assembly, to repair feeder roads, the government members of parliament call them idiots.

"For 14 years now we have not gotten any help for farm access roads and now we are simply going around Roseau sending a message led by the farmers from Salisbury," John said. "I'm just giving them support; they took the initiative on their own. Enough of the talk. From there we will take further action to ensure they get their roads fixed."