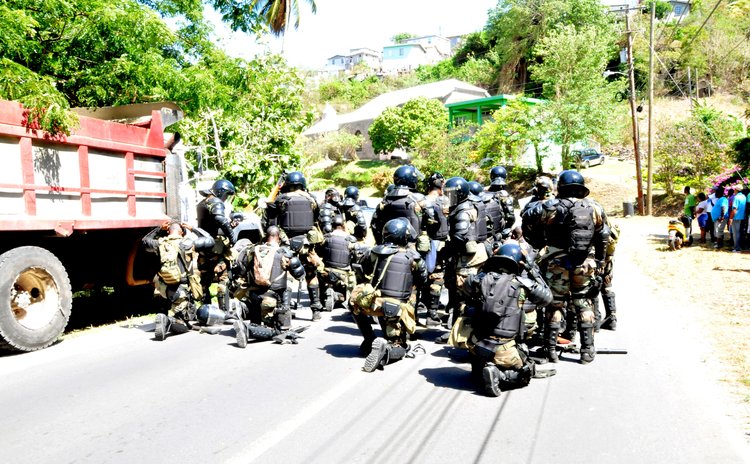 Police get ready for battle on Salisbury road

If you thought the confrontation between the police and the people of Salisbury was over, think again.

Salisbury is again "tense and on edge", says Hector "Spags" John, the parliamentary representative after the police issued summons to10 more villagers who participated in a demonstration in the village in May, 2015.

John said on Friday five villagers received orders to appear before a magistrate and five more were summoned on Sunday.

The parliamentary representative himself was targeted by he has not yet been served.

A copy of the summons issued to Derrick Peters of Salisbury by Sergeant Williams J states that on May 11,2015 Peters "unlawfully, riotously, tremulously" assembled together with more than 12 others to cause a disturbance of the peace and that he did not disperse "within the space of one hour" when he was ordered to do so.

Peters is to appear before a magistrate in St. Joseph on August 20th 2015.

The six persons charged earlier are to re-appear before the court on 27 October 2015.