Sammy: Use Shillingford suspension as motivation to beat New Zealand 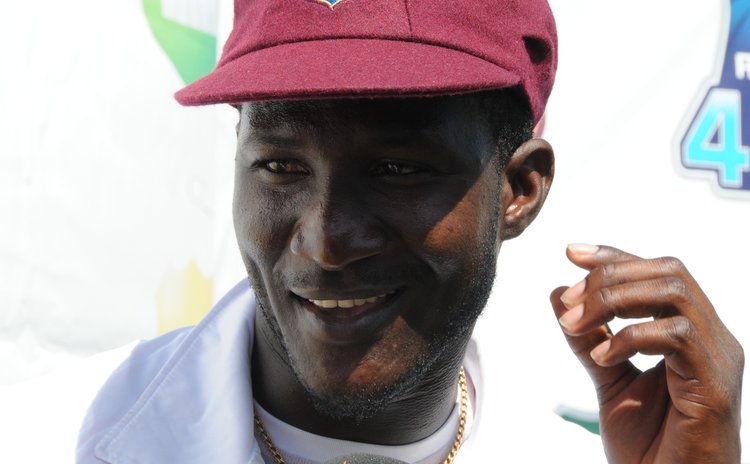 HAMILTON, New Zealand – Darren Sammy echoed the sentiments of manager Richie Richardson the previous day and urged his side to win the third Test against New Zealand as much for Shane Shillingford as their own pride.

The Test starts on Thursday at Seddon Park here, but Shillingford has been ruled out.

The International Cricket Council, the sport's World governing body, announced on Monday that Shillingford had been suspended from bowling in international matches, after an independent biomechanical analysis conducted in Australia found his bowling action illegal.

"It's a tough pill to swallow, but we've got to move on," said Sammy. "We came here to play three Tests and in life you face so many different challenges and this is a hurdle we've got to jump over.

"When our backs are really against the wall, that's when this team starts throwing the hardest punches – and that's what we have to do in this Test. Every disappointment is a blessing in disguise, so probably this will be the motivating factor and we will come out strong, fight for one of our teammates and hit back at New Zealand."

He added: "We all support Shane as a team. He's been through this before and, hopefully, his mental toughness will carry him through. . .Any sportsman who has gone down that route would be disappointed. We've just gotten the report and obviously the people in charge are looking at the best possible action to be taken.

"But Shane is a very close friend of mine and he's quite sad about it and disappointed about the results, but that's life and sometimes you get curve balls thrown at you. You just have to face it and come back stronger."

Sammy said: "I would have loved to say a lot of things, but I've always been a diplomatic guy, so won't take part in that.

"We all have our personal opinions. Some have voiced it and we'll just put all our energy into this Test. We are way behind the eight-ball and have got to stick together and play our best cricket on tour to beat this New Zealand side at home."

"I don't' want to find myself in any compromising situation. The West Indies Cricket Board, the head coach and the new director of cricket are going to handle it, and I'm backing them to handle it in the best possible way for us as a team and especially for Shane."

Shillingford is scheduled to leave New Zealand over the weekend and return to his native Dominica before starting rehabilitation work in the New Year.

"I guess with Christmas coming, although he's would like to be here, he's from a big family and he would want to be home with his closer loved ones at that time," said Sammy.

"I would also suggest that he goes home and spends some quality time with his fiancee or his parents where he will feel an even stronger bond and love where he can move on."

Typically, West Indies have delayed naming their final 11 until the toss, but Sammy hinted that off-spinner Sunil Narine is heavily tipped to take Shillingford's place in the line-up.

Narine has captured 15 wickets at 48.06 runs apiece in five Tests and this includes 12 in two Tests against New Zealand in the Caribbean last year.

"He is equally capable of doing the job for us," said Sammy. "Obviously, Test cricket has not been his best format so far, but he's still young in international cricket and he poses a threat on any type of pitch he plays on.

"Hopefully, he can come into the side and fit in nicely and continue the work that Shane has done for us in the last six Tests he has played for us. Sunil is a totally different spinner to Shilly. Over the years, Shilly has relied on the bounce and turn he gets and his ability to bog batsmen down."

Sammy said: "Narine brings the mystery a different action much more variety and batsmen find it difficult to pick him, especially in the shorter formats. I guess it plays on the mind of the batsman knowing that he's got so many different variations and balls in his armoury, so that in itself I guess is a little bit of a mystery call."

On the issue of his leadership of the team, Sammy said: "My mother has always told me that nothing in life ever lasts forever. . .I feel good, I'm enjoying my game and that's a decision for the people in charge of West Indies cricket who have put me there for the last three years.

"Whatever decision is taken, it's all good with me. I'll continue enjoying my game and trying my best for the people of the Caribbean."

Sammy has so far led West Indies in 29 Tests, winning eight, losing 11 and earning a draw in the remaining 10. (WICB)

"LIVE" TV (in the Caribbean): www.espnplay.com