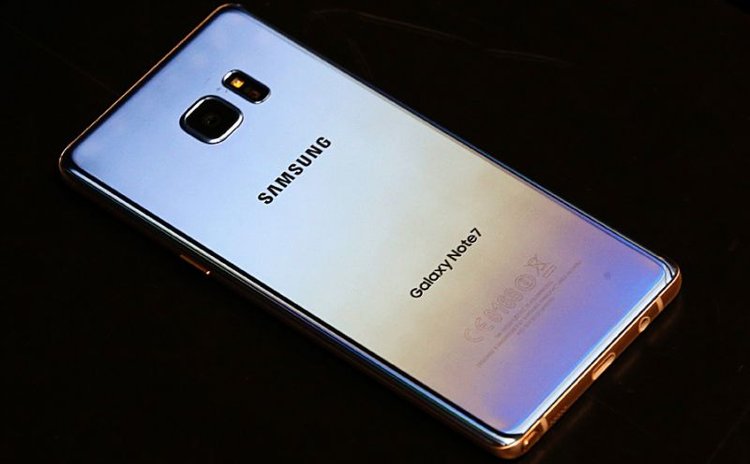 Samsung said in a regulatory filing unveiled after the stock market close that it reached a final conclusion to stop production, too, in accordance with the sales suspension of Galaxy Note 7 for the sake of consumer safety as a top priority.

The company said in a Monday regulatory filing that the production adjustment was underway for precision investigation and enhanced product quality control.

Samsung's change in position from the supply adjustment to the production stop hinted that Samsung would permanently discontinue the Note 7 phone.

Earlier in the day, Samsung said on its website that it decided to halt the sales and replacement of the Note 7 devices.

It said the decision was made after consulting with relevant authorities.

Authorities in South Korea and the United States have recommended consumers stop using the fire-prone phones, while the Chinese authorities announced an official recall of 190,984 Galaxy Note 7s sold in China.

The permanent discontinuance decision came as multiple cases of overheating were reported even with replacement phones.

A Southwest Airlines flight in the U.S. Kentucky was evacuated last week as one replacement Note 7 emitted smoke.

U.S. mobile carriers, including AT&T and T-Mobile, stopped selling the new Note 7 phones while advising consumers to exchange the phones with other smartphones.

According to media reports, nine cases of the Note 7 phones catching fire or overheating were reported globally, including six in the United States, one in South Korea, one in China and one in China's Taiwan.

About 450,000 new Note 7s have allegedly been given to consumers in South Korea alone, including some 350,000 replacement phones. Samsung resumed the sales of the devices here beginning Oct. 1.

Galaxy Note 7 made its debut in August with rave reviews, but Samsung stopped global sales of the phones two weeks later as dozens of the devices catching fire were found and caused property damages and injuries.

The company began to exchange older models with new ones later last month, but fire cases were reported even with the new phones and replacement devices.

The removal of Samsung's flagship smartphone is expected to hit hard the South Korean tech behemoth's earnings in the fourth quarter amid harsher competition with its archrival Apple and rising Chinese companies.

In September, Apple rolled out its latest iPhone and iPhone Plus series to compete in the global premium smartphone market with Samsung, which will have no counterpart of new iPhone Plus device for the rest of this year.

According to preliminary figures unveiled by Samsung last week, the company's third-quarter revenue was 49 trillion won (44 billion U.S. dollars), down 5.19 percent from a year earlier. From the previous quarter, the revenue declined 3.81 percent.

It is estimated that Samsung suffered about 1 trillion won in losses from the Note 7 recall, but the exact figure would be announced later this month after an external audit.

The South Korean tech behemoth posted 7.8 trillion won in operating profit during the July-September period, up 5.55 percent from the same period of last year.

It was down 4.18 percent from 8.14 trillion won tallied in the previous quarter, which was the largest in more than two years.