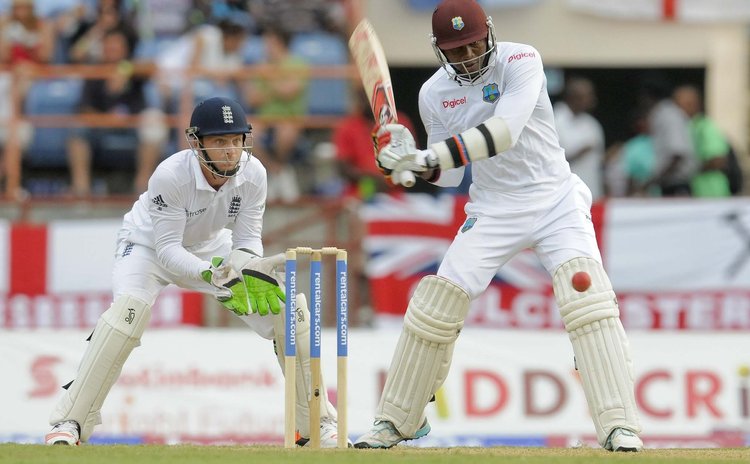 ST GEORGE'S, Grenada – Marlon Samuels made a well-constructed 94 not out as West Indies staged a recovery on a rain-hit opening day of the second Test match at the Grenada National Stadium.

The experienced right-hander has so far batted for four hours and faced 186 balls which pulled the innings around after the home side slipped to 74-4 after lunch and then 129-5 in the final session on Monday.

West Indies will resume on Tuesday on 188-5. With Samuels, is skipper Denesh Ramdin (six not out). They have so far added an unbroken sixth wicket stand of 59.

Earlier Samuels added 55 for the fifth wicket with Jermaine Blackwood, who made 26 off 58 balls with five boundaries.