Arrested and accused of attempting to overthrow the government, Claudius Sanford sues for malicious prosecution 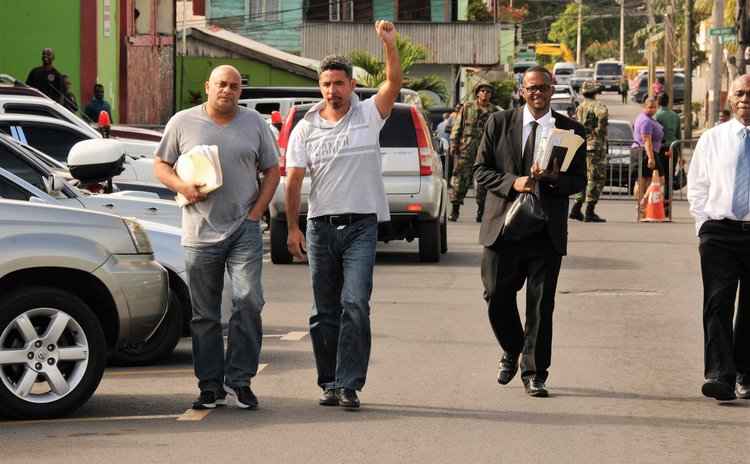 A legal battle looms between the State and Claudius Sanford, a member of the opposition United Workers Party (UWP) who was accused earlier this year of attempting to overthrow the government of Dominica.

Sanford, a qualified economist and a senior lecturer at Dominica's State College has filed a lawsuit against the police for malicious prosecution.

In the very early hours of February 15, 2017 the police searched Sanford's home after Prime Minister Roosevelt Skerrit said in an address to the nation that he was reliably informed that an angry mob, that caused damage to businesses and other disturbances in the Roseau after a UWP public meeting, had attempted to overthrow his government.

Subsequently, armed police officers searched Sanford's home looking for documents they claimed would have indicated that Sanford was part of a group attempting to subvert the government.

During that day, February 15, 2017, Sanford was told that he was being held in police custody for "the suspected offence of attempting to subvert the government's process."

But after he was held for several hours, Sanford was then charged by woman police corporal Pond C with "wilfully obstructing Superintendent (ag) Matthew Cuffy while in the execution of his duties".

Sanford denied the charge and when the matter came before the court on April 28, 2017 Superintendent Matthew Cuffy was absent and the prosecution informed the court that the officers were offering "no evidence" against Sanford; the sitting magistrate proceeded to dismiss the charge of obstruction.

In the statement of claim, Sanford argued that the prosecution was "malicious from the start" and that the investigation was "not conducted with a view to gathering facts and information which were true but rather to secure a charge knowingly without the possibility of conviction against him and motivated principally to tarnish his good name and character."

He added that the police "wrongly, maliciously and without reasonable and probable cause, caused him to be prosecuted" when it was clear that on the basis of the information available to them there was no link between him and the reasons the police gave for his initial arrest.

As a result, Sanford says, he suffered a loss of liberty as he was held in police custody for 14 hours on February 15, 2017. He said the police search and seizure was "arbitrary and amounted to an unjustified intrusion of his privacy."

In its court documents filed on July 14, 2017, Sanford through his lawyer, David Bruney, listed Inspectors Bill Johnson, George Theophille, corporal Pond C, Superintendent Matthew Cuffy and the Attorney General of Dominica as the respondents in the matter.

Sanford wants the court to grant damages for malicious prosecution and false imprisonment, interest, aggravated and exemplary damages and cost.