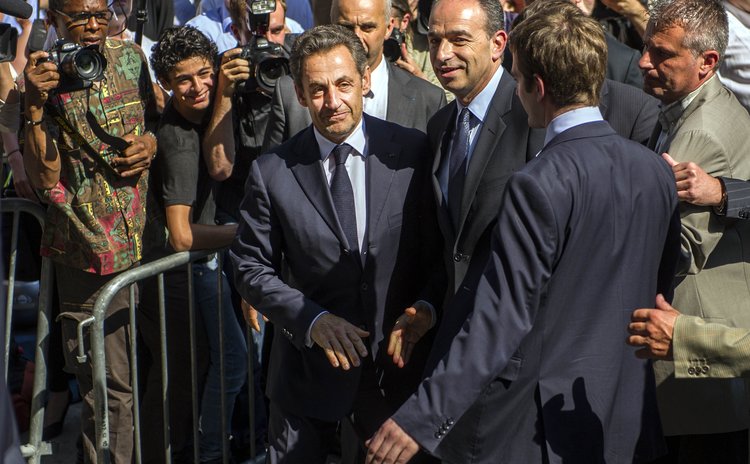 In his first interview since losing the presidential election two years ago, the ex-head of state stressed "the judicial system was manipulated," and "everything is done to show an image that was not conforming to the truth."

"I say to all those who are listening or watching that I have never betrayed them and have never committed an act against the Republic's principles and the rule of law," Sarkozy said.

"The situation is sufficiently serious to tell the French people where we stand on the political exploitation of part of the legal system today," he told private channel TF1 and local broadcaster Europe1.

After a weekly cabinet meeting, French President Francois Hollande stressed on judicial independence and presumption of innocence after allies of his predecessor pointed the finger at the government and expressed doubts over the impartiality of one of the investigating magistrates.

Earlier on Wednesday, the conservative leader was placed under formal investigation for "corruption, influence-peddling and concealment of violation of professional secret," after being in custody for 15 hours on Tuesday.

Having lost immunity from legal prosecution a month after he left office in June 2012, the he could be jailed up to 10 years and pay a fine up to 500,000 euros (about 685,000 U.S. dollars) in second such judicial probe after Bettencourt affair.

It was the second time the ex-president has been placed under such a judicial probe. The first was in 2013 but magistrates later dropped the case against him.

"I ask no privilege. if I made mistakes, I will assume all the consequences. I'm not a man who flees his responsibility," Sarkozy said.

Sarkozy, 59, have already been in a series of investigations over corruption including Bettencourt affair after being charged with taking financial advantages from the elderly French billionaire Liliane Bettencourt, the heiress of L'Oreal group.

Asked whether the new corruption probe will be a setback to his political come-back, Sarkozy said "the question to give up is not raised."