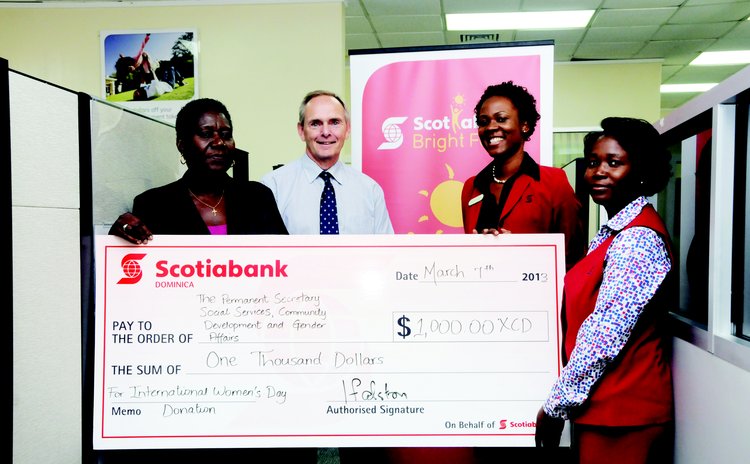 As its contribution to the observance of International Women's Day, the Bank of Nova Scotia last week made a donation of EC$1000 to Dominica's Bureau of Gender Affairs. The donation will assist the Bureau in its public awareness campaign.

"In support of International Women's Day, every BNS employee internationally, will be wearing a Scotiabank IWD pin on March 8th," said Evelyn Joseph Charles, BNS' Bright Future Champion. "This symbol reflects our commitment to advancing the success of women's initiatives with the goal of encouraging conversations about how Scotiabank is creating a bright future for women".

Receiving the donation on behalf of the Bureau, Rosie Brown said Scotiabank's theme: A Promise is a Promise-Time for Action to End Violence against Women is in keeping with the objectives of the Bureau.

"We are very happy for the donation and we are looking forward to you and other organisations like yours to help us in our effort to end violence against women."