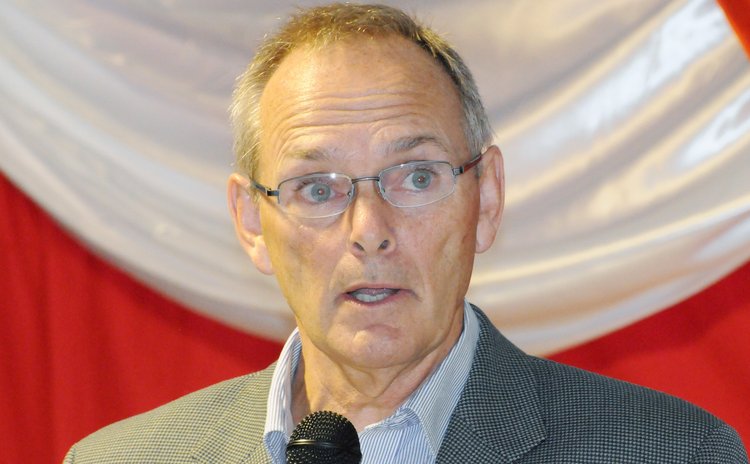 Dominica, February 04, 2015– Scotiabank will be closing its Portsmouth sales office, effective May 8th, 2015, the bank has announced.

In a press release the Scotiabank said the closure is part of the global restructuring exercise which was announced by Scotiabank's CEO Brian Porter in November, 2014.

Scotiabank Country Manager Jim Alston visited the Portsmouth centre to meet and speak with staff about the changes.

Alston said: "We are conscious that the consolidation or closure of branches can have a significant impact on our customers, colleagues and communities. This decision was not taken lightly and was made with careful thought."

He stressed that in keeping with Scotiabank's values, staff will be treated fairly and with respect. He outlined the strategies which the bank would use to minimize job losses and reduce the impact on staff.

"In order to reduce the impact on our people, we will be offering most of them employment at our Roseau branch. When we are filling any vacancies in the future, we will give priority to employees who have been impacted by this initiative and who qualify for available positions," assured Alston.

The closure comes out of Scotiabank's global review of its operating model and international distribution network. This review uncovered opportunities to streamline operations and also identified branches which were located in areas of slow growth.

Alston noted that the restructuring took into account changing banking habits and as such Scotiabank had already invested in strengthening its electronic and self-service banking channels, including online and mobile banking and ATMs.

He said that letters are being sent out to customers who reside in the Portsmouth area to advise them of the change and how it will impact them. He also noted that Scotiabank intends to retain an ABM in Portsmouth to accommodate the needs of customers who live and work in the area.

"We are focused on how we can continue to better serve our customers and provide advice and solutions tailored to meet their financial needs," concluded Alston.