Justin Simon, Choksi's Antigua-based lawyer says that could have some international implications for Antigua and Dominica 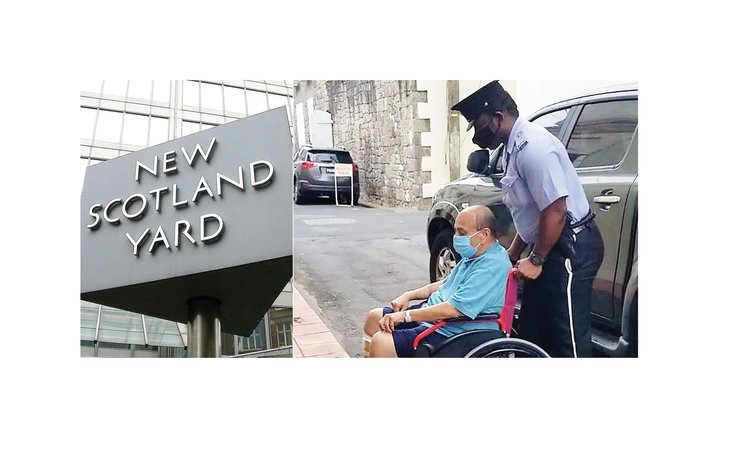 A major investigation underway in the United Kingdom into the controversial Mehul Choksi affair could have serious implications for Dominica, according to a senior attorney.

London's Metropolitan Police – also referred to as Scotland Yard or the Met – has launched a probe into the circumstances surrounding Choksi's departure from Antigua and whether it involved crimes against humanity.

Scotland Yard began the investigation after a referral by British barrister Michael Polak who complained that Choksi, who is wanted in India on charges of defrauding Punjab National Bank of US$2 billion, was abducted in Antigua, tortured, and then dumped in Dominica, where he has been charged with illegal entry.

"I think what they are concentrating on is the fact that the abductors are resident in England. The fact that they are there has evoked a certain amount of suspicion and interest because Scotland Yard is now investigating the whole issue of international abduction and torture. So they're looking at it almost on the very same basis as a war crime," Justin Simon, Choksi's Antigua-based lawyer, told The Sun. "And clearly, based upon the investigations, if they think that Antigua and Dominica, or either of them, were involved, then clearly, that is going to have some international implications for both countries."

The Queen's counsel said any such implications would be determined by the results of the investigation.

At issue is how the diamond merchant, who became an Antiguan in November 2017 through the twin-island state's citizenship by investment programme, mysteriously disappeared from his home country and his equally mysterious appearance in Dominica. The authorities in St. John's and Roseau have been unable to explain how he left Antigua or how he arrived in Dominica, although the police here have charged him with illegal entry.

Choksi alleges that he was kidnapped, placed on a St. Lucia-registered yacht, switched to a Dominica coast guard vessel on the high seas, and taken here where lawmen were waiting to nab him.

"A proven fact it is not because it is really just Choksi's word, but the circumstances are very strange," the Dominica-born former Antigua attorney general said. "How are the police in Dominica able to know exactly where Choksi is going to be landing . . . Did he swim to come to Dominica from Antigua? He must have come by some boat. So where is the boat? Where is the yacht? And if you're going to be charging the man with illegal entry, how did he illegally enter the country, who facilitated it, why haven't you picked up those persons? Add to that the situation that they had him there, secretly at the police station in Roseau, prevented the man from getting medical attention when it was clear from the man's face and his body that he was bruised and battered, and you refuse him to see a lawyer . . . So when you add all of these things together, it's clear that something is amiss."

Simon said the fact that the Met decided to launch the investigation suggests there's evidence to pique their interest.

The prohibition of crimes against humanity, similar to the prohibition of genocide, has been considered a peremptory norm of international law, from which no derogation is permitted and which is applicable to all states, according to the United Nations.

The 1998 Rome statute establishing the International Criminal Court defines crimes against humanity as any of a number of acts – including murder, extermination, enslavement, deportation or forcible transfer of population, imprisonment, or other severe deprivation of physical liberty in violation of fundamental rules of international law, and torture – committed as part of a widespread or systematic attack directed against any civilian population, with knowledge of the attack.

In addition, torture falls within the definition of crimes against humanity under Britain's universal jurisdiction act which empowers police and the crown prosecution service (CPS) to pursue a case in a British court, even if the offense was committed abroad.

"The referral is being assessed by officers, in accordance with the CPS/SO15 referral guidelines for war crimes and crimes against humanity," India's The Week magazine quotes a Scotland Yard spokesman as saying. SO15 is the Met's counter-terrorism command, within which the war crimes unit sits.