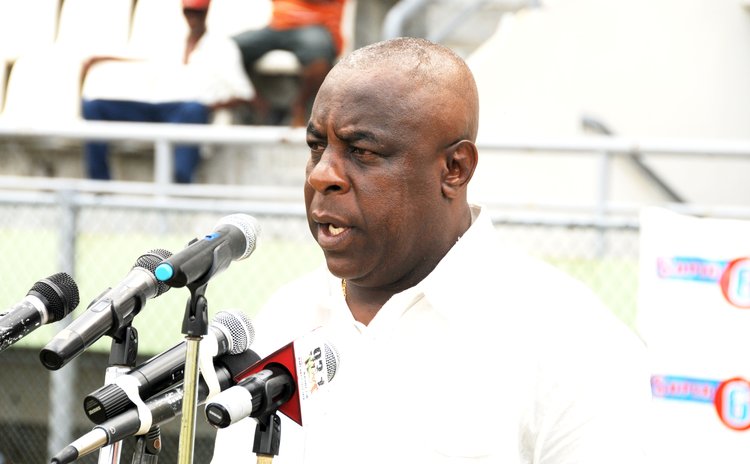 He replaces Courtney Walsh who has taken up a couching appointment with the Bangladesh cricket team.

Sebastien is the former Dominica and Combined Islands team opening batsman, the current vice president of the Dominica Cricket Association and the manager of the Windwards Volcanoes team.

"It's a privilege because imagine that you are one of three people selected to be a selector in the entire Caribbean," Sebo told DBS news this morning. "I feel proud that the West Indies Cricket Board has placed confidence in me."

The West Indies Cricket Board announced Sebastien's appointment at the end of last weekend's WICB meeting held at the Fort Young Hotel in Dominica.

At the meeting the WICB forecasted a surplus for the financial year ending September 30, 2016 and said it would spend an estimated US$40 million on its development programmes for the year October 1, 2016 to September 30, 2017.

After the meeting WICB president, Dave Cameron, has refused to answer questions on the future of head coach Phil Simmons and Test captain Jason Holder.

Reports in the press earlier indicated that the WICB meeting would have replaced the two senior West Indies Cricket officials. But Cameron just said:

"We did discuss the two major risks that we have identified - the performance of the Test team and the ODI team - so that was discussed at length." We have to continue the discussions internally, and at the appropriate time, we will make any announcements that are deemed necessary."

When the questions kept coming from reporters Cameron said: "We are not answering any more questions at this point in time."