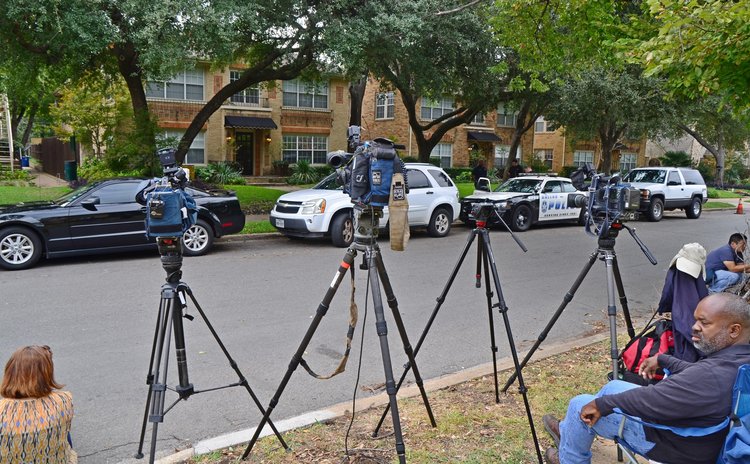 Second Ebola case in U.S. caused by "breach in protocol": CDC
WASHINGTON, Oct. 12 (Xinhua/Sun) -- The director of the U.S. Centers for Disease Control and Prevention (CDC) said Sunday that a "breach in protocol" caused a health care worker in Texas to preliminarily test positive for Ebola after treating the first patient with the deadly virus in the United States.

If the test results are confirmed, the health care worker, reportedly a female nurse at Texas Presbyterian Hospital, would be the first known person-to-person transmission of Ebola in the United States.

Frieden said the nurse had "extensive contact" on "multiple occasions" with Thomas Eric Duncan, the first person diagnosed with Ebola on U.S. soil, who died earlier this week.

"We don't know what occurred in the care of the index patient -- the original patient in Dallas," said Frieden. "But at some point there was a breach in protocol, and that breach in protocol resulted in this infection."

According to the CDC, the health care worker reported a low grade fever and was referred for testing Friday. A preliminary test result done at a state public health laboratory in Austin Saturday showed that the worker contracted the virus.

Frieden said confirmation testing at a CDC laboratory will be done later Sunday.

He also said the preliminary test suggested the level of the Ebola virus "was low" in the blood of the nurse, who has been isolated after her symptoms were reported.

And at this time, only one person may have had contact with the nurse after she became sick, Frieden said.

He cautioned that it is possible the U.S. will see additional cases of Ebola in the coming days.

"This is because the health care workers who cared for this individual may have had a breach of the same nature of the individual who appears now to have a preliminary positive test," Frieden added.

Earlier, Texas Health Resources chief clinical officer Dan Varga said in a statement that the nurse's condition is stable and that a close contact has also been proactively placed in isolation.

"We have known that further cases of Ebola are a possibility among those who were in contact with Mr. Duncan before he passed away last week," Varga said.

"The system of monitoring, quarantine and isolation was established to protect those who cared for Mr. Duncan as well as the community at large by identifying any potential Ebola cases as early as possible and getting those individuals into treatment immediately."

Duncan, a 42-year-old Liberian, arrived in Dallas on Sept. 20 and fell ill several days later. He had already been showing symptoms during his first visit to Texas Health Presbyterian Hospital on Sept. 25. But the hospital did not weigh his case until his second visit on Sept. 28.

Duncan was diagnosed to be the first Ebola patient on U.S. soil on Sept. 30. He died Wednesday.