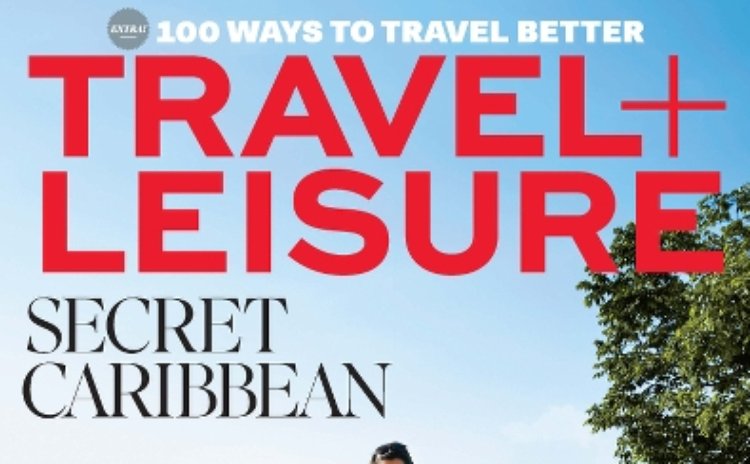 Secret Bay has brought the island of Dominica its first ever cover of Travel + Leisure Magazine this November, with the full page cover photo featuring the view from the Zabuco Villa alongside the headline "Secret Caribbean".

Inside, the magazine's Editor-at-large Peter Jon Lindberg dedicated the 10-page lead feature to his visit to Secret Bay, declaring: "Dominica finally has a world-class resort to match its stunning natural assets." Lindberg visited Secret Bay with his wife recently, staying in the iconic Zabuco Honeymoon villa. He loved the design of the luxury villa, writing of the vast platform over the cliff upon which it is built: "The floating effect is magical."

As editor-at-large of a magazine that reaches 4.5 million people a month, Lindberg spends much of his life visiting the world's best hotels. Commenting on the unique combination of aesthetics and sustainability, he wrote that Secret Bay's "design balances elegance and eco-friendliness as stylishly as any resort I've seen: six hillside and hilltop villas harken to Bali and Japan, with their hip-and-gable roofs, glowing hardwoods, and open-sided pavilions," adding: "All that effort paid off: this is no creaky-floored eco-camp with gaps between the screens. The design is luxurious in every way you want, and in none of the ways you don't."

As this was his first time to Dominica, Secret Bay's "full roster of scholars, experts, and local guides on call" showed him around the Nature Island's diverse array of delights. "One could easily spend two weeks holed up at Zabuco and never leave the premises," wrote Lindberg," But the staff can organize anything from hiking to diving, fishing to birding, sailing to horseback riding."

Travel + Leisure wasn't the only leisure global travel brand to present accolades to Secret Bay this month. Boutique hotel collection Mr and Mrs Smith celebrated their 10th anniversary with a party in London's hip Shoreditch area, where they announced the winners of their inaugural awards in which 900 hotels competed for some 47,000 votes. Secret Bay's Zabuco Honeymoon villa was voted the third sexiest bedroom in the world, with first and second place going to luxurious urban hotel suites in London and Venice. Secret Bay was very honoured to be in such company, especially as it also means Mr and Mrs Smith rated Zabuco not only the sexiest bedroom by the beach in the world, but also sexier than any other bedroom in all the Americas. Specialist judge Kama Carnes says of Secret Bay: "the private setting, stripped down furnishings, in-suite culinary services and serene energy makes Secret Bay the perfect romantic getaway…"

And finally, it's worth noting that since the visits of both Travel + Leisure and Mr and Mrs Smith, Secret Bay has opened two more breathtaking Zabuco villas, perched 80ft higher up the cliff than our original honeymoon villa, meaning more people can now enjoy very special escapes and celebrations in the discreet, private ecoluxury for which Secret Bay is becoming increasingly well known. (Secret Bay Press Release)