Self-defense or Judge, Jury, and Executioners 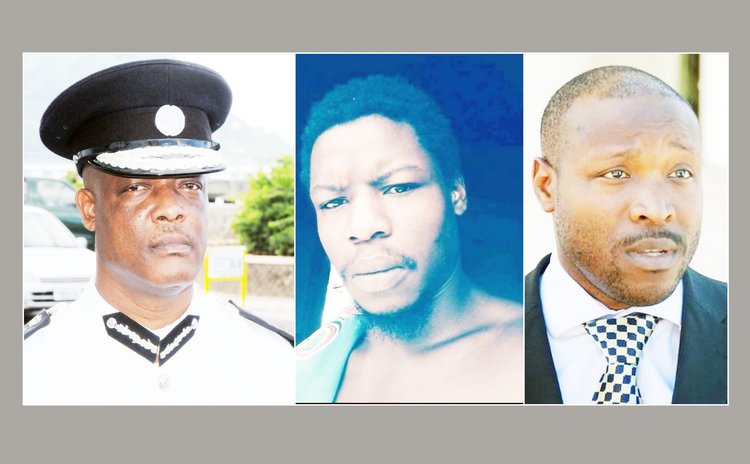 Did the police kill the alleged kidnapper, Keyan Alexander, in self defense-or was he the victim of an extra-judicial killing? In other words, were the police the judge, jury, and executioner of Keyan Alexander?

That's the question on the minds of many Dominicans after Commissioner of Police Daniel Carbon ended his organisation's silence last week with a 14-minute audio statement on the activities of the police that led to Alexander's death in the Brook Hill area on 18 June 2022.

"Keyan fled and escaped further into the heights of Brook Hill. He was pursued by a team of police officers who called on him to surrender. He refused and drew his cutlass from behind his back," Commissioner Carbon said in the statement on Friday (1 July) last week. "The officers attempted to apprehend him. Keyan dashed aggressively towards one of the officers with the cutlass raised above his head. He was shot in self-defense. He sustained gunshot wounds to the lower extremities."

But earlier, attorney at law Tiyani Behanzin, who's representing Alexander's family, said he believes that the police's lack of transparency to Alexander's family and other factors leads him to conclude "that this may be an example of an extrajudicial killing".

Nevertheless, Attorney General Levi Peter has rubbished Behanzin's claim adding that some people were involved in a "feeding frenzy" over the incident and "willfully and maliciously engage in totally unwarranted and unhelpful speculation, conspiracy theorizing, and unfounded accusations against the police".

The police killed Alexander during an extensive two-week search for the alleged abductor and the missing 12-year-old Kernisha Etienne. She was kidnapped from her home in Warner on June 7 at about 10:30 pm.

While explaining the police's perspective on the killing, Carbon said a number of civilians had sighted Alexander in the Brook Hill area on the day that he was killed.

The civilians attempted to capture Alexander but he evaded them.

After they were notified, police officers intensified their search in the Brook Hill area but neither Alexander nor Kernisha were found after more than a full day of search by more than 150 police officers and other officers.

However, Carbon said, on Saturday, June 18, 2022, at about 10 am, a team of police officers and civilians spotted Alexander in the Brook Hill area.

According to Carbon: "At no time, did the officers intend to kill Keyan Alexander. It was always the objective of the police to apprehend Keyan alive."

After 28 days of an intensive search and rescue operation at Warner and surrounding areas, the 12-year-old has not been found, alive or dead.