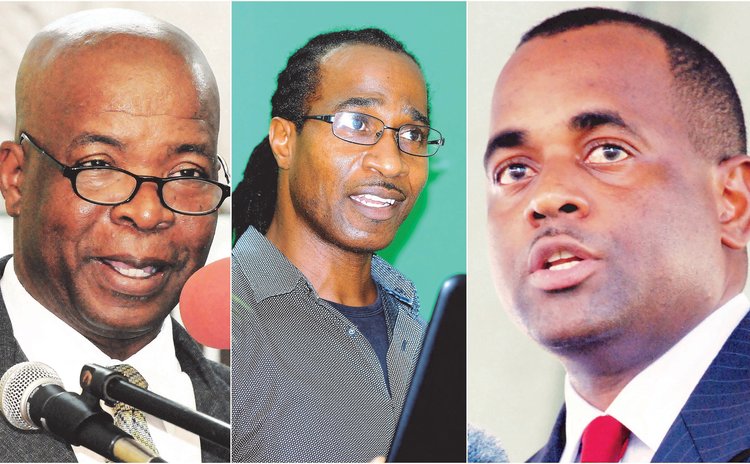 Port workers went on strike for a few hours on Friday last week; Prime Minister Roosevelt Skerrit took a hard line on the issue and released a strong but controversial statement; opposition parties immediately condemned him in even stronger language. Post-Maria politics, it seems, is beginning to heat up.

"The Prime Minister has sought to once again put fear in the hearts of the people," said Kent Vital, the recently elected political leader of the once-powerful-now-fringe Dominica Freedom party (DFP). "It is clear that he is beginning to be afraid of the power of the people."

Additionally, Hector "Spags" John, the parliamentary representative for Salisbury and a member of the main opposition United Workers Party (UWP) said: "This morning Skerrit sounded like a man that is tormented when he addressed the nation in response to protest action taken by DASPA port workers," John said on WhatsApp. "Skerrit was desperately dictatorial in his utterances while trying to shamefully gain sympathy from the targeted sectors."

What's the disagreement between DASPA and DPSU?

It seems that the management of the Air and Sea Ports Authority (DASPA) and the Dominica Public Service Union (DPSU) should have concluded negotiations for increases in salaries and improved working conditions before Hurricane Maria slammed into Dominica on 18 September 2017 causing widespread destruction. The DPSU had submitted a salary increase proposal more than a year earlier. The two institutions held a meeting in February 2018 and another in March 2018 but DASPA did not show up at the last meeting. Subsequently, the workers were hoping that industrial action would force their bosses to the bargaining table. So, they went on strike for two hours on Friday.

But during that short strike Prime Minister Skerrit made this controversial statement in which he warned DASPA that his government would not negotiate by force.

"Let me make it very clear to the DASPA workers – DASPA shall not negotiate with a gun to its head. There shall be no negotiations at any level while workers are out on an illegal industrial action," he said.

"You want salary increase when tourist vendors have not earned a dollar for the season? You want salary increase when every single Dominican have been raising questions about the efficiency, or lack thereof, at the port in clearing their goods, to restart their businesses and to fix their homes and regularize their lives? Are DASPA staffs not aware that DASPA has been using monies from insurance payouts to meet salary payments since Hurricane Maria? The port's revenue has dropped by over 30 percent and the only way the port has been able to pay salaries is by utilizing insurance payouts received for losses".

Saying that the board of DASPA had agreed to meet with the workers, Thomas Letang, the general secretary of the DPSU ordered the workers back to their work stations.