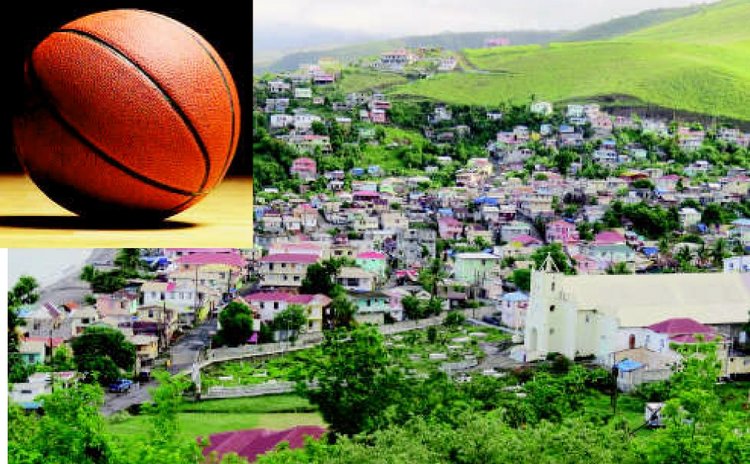 Ask the 'average' Dominican the question, "What has St. Joseph produced to date?", and possibly topping the list of answers would be GRAMACKS – one of Dominica's top Cadence Bands that catapaulted into prominence in the 1970s.

On that list would probably be Sen Joe Sensay, and prominent Calypsonians Jamma Bee and Chris B. Lady A has also made her contribution in the national calypso "auditorium".

In nature, Surprise Beach, formed from 1997.

In the sporting arena, the village has had a very vibrant sports programme that dates back several decades. Included therein are Cricket (e.g. Somerset Sports Club, Kelleb Laurent, Roy Marshall); Football (Rovers, St. Joseph, "Conan the Destroyer" & The Marshall Brothers, All Stars, Exodus F.C.); Volleyball; Netball and Rounders for the ladies; Dominoes; and of course Basketball.

Popularly known as Sen Joe, St. Joseph has been involved in the sport of basketball from the 1980s, although the participation of teams from that community in the national league has been intermittent. Their teams have played in all three main men's divisions, as well as in the Women's Division.

Sen Joe's basketball team back in 1988 was simply named ST. JOSEPH, and they played in Division II (2nd level men's division - LMD) of the national league. That year their Anthony Myler, amassing 84 points (14 ppg) was the 12th highest aggregate-scorer in that Division.

The team netted a total of 31 Free-Throws in the 1988 League, placing 8th among the 15 teams in Free-Throw shooting in that Division. Unfortunately, St. Joseph did not fare out too well that year, losing all 6 of their scheduled matches.

The team did not participate in the 1989 national league.

Some years later St. Joseph returned to the basketball court under a new name, ROVERS, sponsored by Castaways Dive.

In 1997, for example, Rovers played in the 3rd LMD, placing 2nd in that Division. Their Kimmon Darroux, a consistent top- or high-scorer who often netted in the 20s in the Division, was voted Most Valuable Player (MVP) in that Division for 1997.

Rovers moved up to Division I (2nd LMD) for the 1997/98 basketball season and, although they did not win the championship, they were in contention for top honours. Kimmon's 38 points in a match was also the highest player-score in a Division I encounter that season. Furthermore, Kimmon got selected to the Training Squad for National Team selection.

In that season Rovers had a couple of close wins and losses, but crushed the Police 112-54, more than doubling the lawmen's score.

Come 1999 and 2000, again no team from St. Joseph competed in the national basketball league.

However, Rovers returned in 2001, but this time playing in the Premier Division. Kelver Darroux considers the 2001 Season as being possibly their best, getting the opportunity to play against the League's big-name teams such as Cardinals, Knicks, and Blazers among others. Rovers competed at Premier level until 2012 or thereabout.

2013 was another interesting one for Sen Joe basketball. That year saw St. Joseph's team going through a second name-change, this time to ST. JOSEPH HURRICANES. The team dropped to Division I, and there was a second men's team, ST. JOSEPH HURRICANES 2 (Div. II). The latter withdrew from the league after only their first match, which they had lost to Green Hornets.

The 2013 season was not a productive one for St. Joseph Hurricanes, finishing the season with a 2-and-4 Win-Loss record. They had defeated Goodwill Starz and Black Hawks but lost to Falcons, Juggernauts, CrossOver and Ole Skool. Subsequently, they were knocked out 2-0 by CrossOver (68-72 and 58-81) in Round I of the Division's Play-Offs.

That year Sen Joe fielded a team in the Women's Division under the name, ST. JOSEPH JAGUARS.

The following year, 2014, Hurricanes obtained sponsorship from Hon. Kelver Darroux and played as KELVER DARROUX HURRICANES. They remained in Division I (2nd LMD), assigned to Zone A.

Jerry Wright got it right in 2014, amassing a total of 94 points in 6 games (at an average of 15.67 ppg) and was Hurricanes' top aggregate-scorer that year. Also of note for Hurricanes that year, they swished a total of six 3-Pointers in their match versus Mahaut Gators.

Concludes in next edition