Serena is a champion, champion... champion! 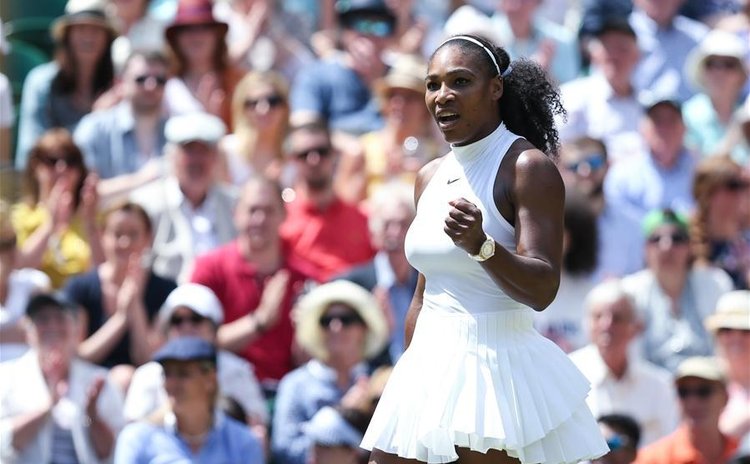 Serena Williams at Wimbledon on Saturday

We agree, she's the essence of a champion athlete, not just a champion "female" athlete as she corrected a reporter yesterday.

On Saturday, at Wimbledon, Serena achieved a record-tying 22nd grand slam title by defeating a determined Angelique Kerber 7-5 6-3 in an excellent Wimbledon final.

Kerber who defeated Williams in Melbourne in January acknowledged that she had now felt the fury of a focused Serena on that windy day at the Woman's Finals at Wimbledon.

"I lost against a really strong Serena today. This makes it a little bit better, that I know that she won the match, not that I lost the match, because she played very well," Kerber said.

Serena said: "This tournament I came in with a different mindset. In Melbourne I thought I played well but Angelique played great, and better. So I knew going into this one I needed to be calm and be confident and play the tennis I've been playing for well over a decade."

Williams now equals German Steffi Graf with a tally of 22 majors, the most in the Open Era of professional tennis.

Serena will now face the pressure of going after Margaret Court's 24 grand slams, the all-time record.

It will be a walk-in-the-park for Superwoman Serena. You can bet on that.