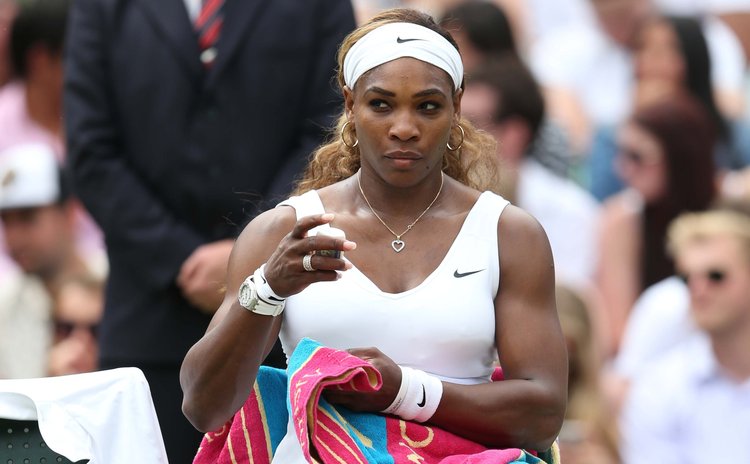 LONDON, June 28 (Xinhua/Sun) -- Five-time champion Serena Williams suffered her earliest Wimbledon defeat since 2005 as she lost to France's Alize Cornet in the third round on Saturday.

It is only the third time in 15 visits to Wimbledon that Williams has lost so early, and she has not been past the fourth round of a Grand Slam in 2014.

Cornet, 24, had never before beaten a top-20 player at a Grand Slam.

"I just cannot believe it," she said after the match. "Three years ago I couldn't play on grass, I was so bad, but now I have beaten Serena, the world number one on her own court."

"I have to get used to it and focus on the next match because the tournament is not over for me. I am not sure how I did it but just with the heart and the help from the crowd."

Williams said: "She kept her unforced errors really low. I think I made a few errors too many. She was going for her shots. She played really well today."

Cornet did have a confidence-boosting win over Williams in Dubai earlier this year to call upon, but it still came as a major shock to see her grab the initiative and dominate the closing stages."

Williams will get her next chance to add to her haul of major titles when she defends her US Open crown in August, but she said the competition was getting tougher.

"It's difficult," said the American. "If I'm not playing a great, great match, these girls when they play me, they play as if they're on the ATP Tour, and then they play other girls completely different. It's never easy, you know, being in my shoes. But you've got to be ready."

Elsewhere, Russia's fifth seed Maria Sharapova stormed past American Alison Riske 6-3, 6-0 to move through to the second week of Wimbledon.

"Overall she can be a dangerous player on grass. She has proved that before. Even though we played a long time ago, it was a three-set match, and going into this one I knew that I had to be there," said Sharapova.

Third-seeded Simona Halep, who now finds herself the highest seed remaining at Wimbledon, was a straight set winner over Swiss No.1 and WTA rising star Belinda Bencic in third round action.