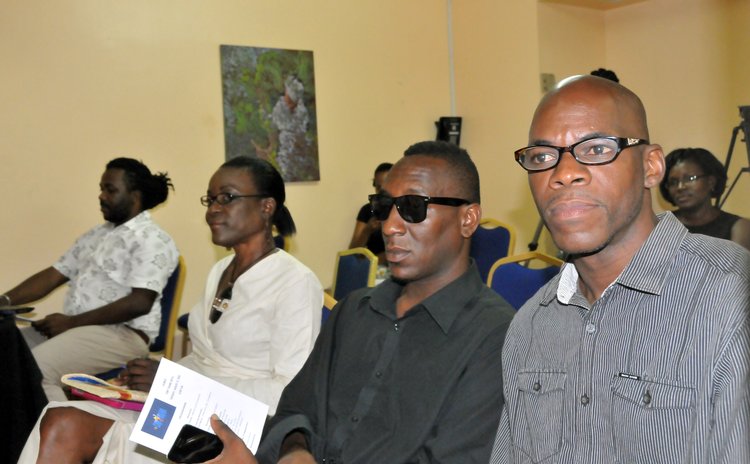 Jacinta David, acting Chief Cultural Officer is urging both the private and public sectors to support the Mr Caribbean Pageant scheduled for August 29, 2015 at the Arawak House of Culture.

Speaking from experience David added the fact that she has staged various pageants in her capacity of Chief Cultural Officer and otherwise such as Ti Matador and Miss Wob Dwiyet.

"I know it's very costly to stage pageants because I stage the Ti Matador Creole Pageant for the past 11 years and as the Chief Cultural Officer I also stage the Miss Wob Dwiyet and Madam Wob Dwiyet Pageant and I know it's very costly and we in Dominica are used to shows of a certain standard, we do not want to drop the standard because of lack of support," she said. In addition, David said the Mr Caribbean Pageant seeks to serves as an opportunity for men to participate in pageantry to showcase their skills in fashion, modelling and their artistic talent, thus creating opening other opportunities for men in television shows, acting and advertising.

She said that though the pageant was in its embryonic stage, it will provide an avenue for fashion designers particularly for the male consumers, talent coordinators, trainers, make-up artists, costume builders, costume designers and speech coaches.

"It was founded against the back-drop of the disappearing male in society as it relates to avenues that showcase the tremendous amount of talent that amounts in this region," she said.

She added that in Dominica alone there are various pageants only catered to the female counterparts where they get the opportunity to showcase their talents and pursue further opportunities but there is nothing for the men to partake in.

Hence, she said, this pageant will be a chic display of natural masculine charm and the show will focus on talented males between the ages of 18 and 45 who are role models in their countries and possess ambassadorial qualities.

The men, in order of appearance at the pageant are: