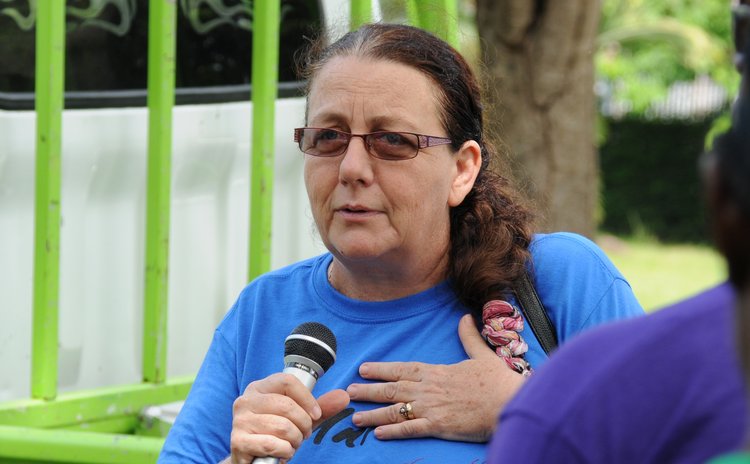 Stiffer penalties for rape convicts and other indecent acts have been added to the Sexual Offences Amendment Bill of 2016.

The Draft Bill was uploaded to government's website on July 8, 2016.

Ray Harris, the Legal Consultant in the Ministry of Justice, Immigration and National Security said on March 6, 2016 at a press conference that amendments would be made to the law related to: rape, unlawful sexual connection, sexual intercourse with an adopted minor, alternative verdict, gross indecency and buggery.

The amendments are being recommended to the Sexual Offences Act of (1998) Act No. of 1998.

The Bill suggests that someone who is convicted of the offence of rape "is liable on conviction to imprisonment for the remainder of their natural life."

The 1998 Act says that someone guilty of rape is liable to a maximum of 25 years imprisonment.

A stiffer penalty is also recommended for a person who is found guilty of gross indecency. In the 1998 Act the penalty was imprisonment for five years."

However, in the new Bill the penalty has been increased to 12 years if the complainant is a person of 16 years of age or more.

It also suggests that if the complainant is a minor under the age of 16 years of age, the convict gets 14 years in jail for a first offence and to imprisonment for 25 years for a subsequent offence.

In the new Bill amendments were added to buggery section of the proposed amendment.

The Act also includes imprisonment for five years, if committed by a minor. However, the new Bill contains additions to the last subsection of the section on buggery.

The Bill states: "If the complainant is 14 years of age or more but has not attained the age of 16 years, the convicted minor is liable on conviction to 12 years imprisonment."

Tina Alexander, the executive director of Lifeline Ministries says she is pleased with the proposed amendments to the Sexual Offences Act uploaded to the Government's website on July 8, 2016 and scheduled to be debated in parliament before the end of 2016.

"Having seen the Sexual Offences Act Amendment Bill … I was delighted to see that many of the issues that we at Lifeline have been highlighting are addressed, along with those championed by our civil society colleagues", said Alexander in an exclusive interview with the SUN.

She is particularly pleased that an option of sentencing for life will be available to the judiciary for the most heinous rape crimes.

Alexander noted that life imprisonment will be appropriate for instances where rape occur with small children, elderly women, pregnant women and those with profound disability.

"I was also pleased to see that there was recognition of the need to keep reoffenders away from society for good. Most paedophiles reoffend again and again and currently in our Prison Service we do not even have one counsellor for the hundreds of inmates…Repentance is the first step towards reform and I rarely see it," she said.

Alexander added that the Coalition is delighted that mandatory reporting is part of the Bill and will ensure that Dominica can change from a society that covers crime to one that tackles the issue head on.

Alexander added that the issue of marital rape was presented for consideration by the Caribbean Male Action Network (CARIMAN) and that is included in the proposed law.

"This Bill reads very well. I have never understood how people could see that the 'for better for worse' clause in the marriage ceremony could be used to justify the view that the wife has given consent 24/7 for life," she said.

She said no one should be forced to have sex with another person regardless of the relation between the two people.

Alexander stated that the fact that the bill also mentions women forcing men to have sex reflects the world today.

She said that whilst the vast majority of perpetrators of sexual abuse and assault are men, women also abuse both children and adults.

Alexander said that another area included in the Bill that she is pleased with is that of 'sexting' and taking pictures of people engaged in sexual activity without their consent.

She said parliamentarians have an opportunity to make a strong statement for protecting children and youth in Dominica by passing the Bill.

Alexander said that she looks forward to the day when the police and Director of Public Prosecution office have rape kits and a DNA bank so that there will not be a need to depend on the child victim to identify the accused.

"We are calling for the introduction of a family division in the High Court equipped with cameras and one-way mirrors and videoed professional disclosure interviews admitted as evidence. This requires more legislative change but if it can happen once it can happen again," she said.