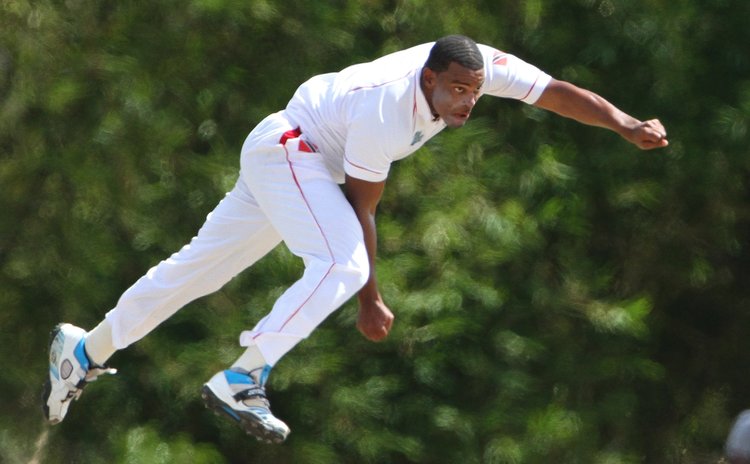 It's been said that sports and politics should not mix. In reality, it's hard to keep them apart. Especially in today's egg-shell offence-easy world of political correctness.

Slapped with a 75% cut in match earnings and issued with just the right number of demerits to be banned for 4 one-day internationals, West Indian cricketer, Shannon Gabriel, was on the receiving end of the ire of the thought and speech police.

What Mr Gabriel said to cause this action was not recorded by the stump mic. Only the reply by English batter Joe Root was picked up. Mr Root did not lodge a complaint against Gabriel. He declined to repeat the comment to the media at the end of the day's play. He even said that the matter should stay on the field of Test Cricket. Root and Gabriel might have thought the matter was over.

But it wasn't. Mr Root's on-mic response that Gabriel's words were an 'insult' facilitated the three umpires (and perhaps others unknown to us) deciding to press charges against Mr Gabriel for using 'insulting language'.

As Mr Gabriel decided to accept the charges and penalty no hearing was held. It was only his press release that revealed to the public the actual words spoken, "why are you smiling at me? do you like boys?" Root's reply put the spin – the negatives in his sentence; "Don't …insult…nothing wrong" ...and then the words, "being gay."

Simply put, the essence of the conversation was a West Indian man expressing his disagreement with homosexuality and an English man expressing his acceptance. From the reports, Gabriel spoke no foul language, exercised no physical intimidation, certainly did not shout, but merely verbally expressed his disagreement with homosexuality. And for this non-violent verbal expression of a personally held opinion, the International Cricket Council punished the West Indian.

We should not be surprised. That 3-letter word can cause great discombobulation these days. If someone is seen as not supporting 'gay', some media jump in to push an illogical and unscientifically supported political cause against the person. Unsurprisingly, LGBT advocates have exploited the opportunity to promote their intolerant 'tolerance'. Why-are-you-smiling-at-me-do-you-like-boys was labelled as 'offensive' and 'abusive' (Stonewall, UK lgbt lobby group) and 'homophobic abuse' (the UK Sports Minister). The headline of UK newspaper The Guardian was, 'England captain has done cricket a great service… his reaction to a perceived homophobic remark was cool, calm, collected … and right.'

Thankfully, other cricket commentators, former players and cricket fans around the globe have questioned the charge and criticised the heavy penalty for a perceived offence.

It may be of little comfort, but Mr Gabriel should know that he is not alone. Last December, a 38 year-old British mother Kate Scottow, was arrested in front of her two children, one still being breastfed, and locked up for seven hours after saying on Twitter that a transgender woman, that is a man dressing up as and claiming to be a woman, is in fact, still a man.

This mother was charged with harassment and malicious communications and her laptop and mobile phone confiscated. While in detention she was denied access to sanitary products which she needed. She was issued an interim injunction banning her from posting on Twitter that the man pretending to be a woman is a man.

Mr Gabriel might prefer the hit to his pocket than the jail time, but we in the Caribbean must not allow ourselves to be deceived or dismiss his case as trivial. Threats to our freedom of conscience and speech by political lobby groups cannot be lightly summed up as 'ah so it go'. The price of freedom is eternal vigilance. We must be clear and committed to speaking the truth in all spheres. Neither transgenderism, homosexuality nor homosexual behaviour is normal. Compassion is a must for persons experiencing identity confusion or same-sex attraction but the efforts to normalise what is abnormal must be rejected at all times, on and offline, on and off the sporting field.