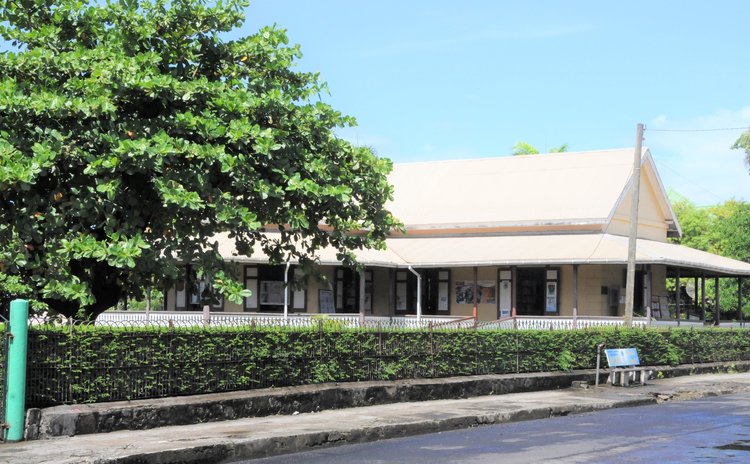 The Society for Historical Architectural Preservation and Enhancement, SHAPE, is to embark on a series of new and bold projects this year.

SHAPE's Public Relations Officer (PRO) Michael Lees told The Sun the past year has been productive for the society despite the COVID-19 pandemic.

"We've been working on a couple of things, a lot of it is behind the scenes and sort of paving the way for future projects," Lees said. "One of the tangible things that happened last year is there was a collaboration between SHAPE and Cyclone Cartography Projects, headed by Adam Philogene who is a Dominican in the UK. He was doing a project on resilience and how we survive storms in Dominica."

The result of this collaboration is expected to yield a book scheduled to be released in 2022. This publication will feature interviews with people who lived in houses that survived the hurricane and pictures of those houses.

Another key project on SHAPE's radar is the restoration of the Roseau Public Library which was damaged during the passage of Hurricane Maria in 2017 and was subject to arson a few times since.

"The library is an ongoing campaign. What did happen last year is we got invited onto the government committee that had been formed to deliberate on the future of the site. And while we are thrilled to be invited to be a part of the committee we are still waiting for the government to have the first meeting," Lees said.

He acknowledges something which makes the society's work difficult is the lack of legislation to protect historically sound buildings in Dominica.

"One of the issues in Dominica is that we don't have any laws that protect historic buildings, we do have them in some other islands and that would be massive if it was on the books," he said.

Lees pointed out there are several heritage and historical values in these buildings and though the organization can lobby for structures to be preserved "if there are private owners that decide they want to sell and they want to demolish there is little that we can do."

The SHAPE PRO says, fortunately, despite the ongoing pandemic, funding has been sourced to carry out some of its projects.

"We also have another project that, while I would say it is not necessarily directly linked to restoring buildings, it is linked to enhancing the surroundings of these buildings," he said. "For that project we just got the funding approved. I can't say too much about it yet but that should be starting early in 2022 and we will also be working with a couple of different stakeholders in Dominica for that project."

While there are several buildings around the country that ideally would need preservation, Lees says SHAPE will concentrate on projects in Roseau in the first instance. "For now we're focusing on Roseau. There are a lot of mill sites and churches and the like around the country, but for now, we're trying to start small and start on a few buildings that have significance to a large slice of the population," he said.

While acknowledging there are several buildings and sites, island-wide, with heritage value, he went on to point out the numerous benefits to preserving and enhancing architectural-historical sites.

"Architectural heritage is also a big tourism-money-maker in a lot of countries, so aside from the sort of philosophical, there are definitely tangible gains to be had from preserving these buildings," he said.

Another of the society's major projects features work by historian Dr. Lennox Honychurch who hosted a lecture where he presented on the evolution of Dominica's architecture including elements of Kalinago buildings, African architecture, and Creole architecture. That presentation is to be uploaded to SHAPE's social media platforms.

The society is currently welcoming new members to help push its mandate while raising awareness of the value of Dominica's architectural heritage.