She could aptly be described as a woman of excellence, purpose and virtue. 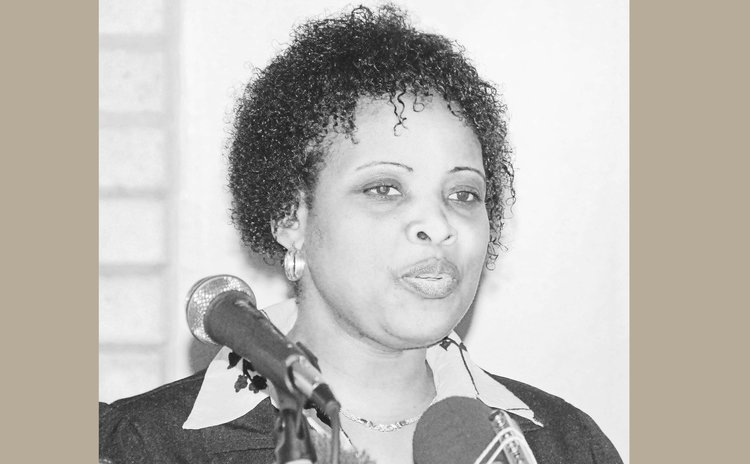 Prayma Blaize Carrette more affectionately known by family and friends as Prames was the youngest daughter of Mr. & Mrs. Felton Blaize of Bellevue Chopin both of whom predeceased her. Born in the village of Bellevue Chopin she attended the Bellevue Chopin Primary School and at the age of ten was awarded a secondary school scholarship.

She continued her education at the Wesley High School. She was intelligent and gifted, an excellent student who excelled at every subject; won every class award and every subject award. Upon graduation she furthered her studies at the Clifton Dupigny Community College and then proceeded to the University of Boston in the United States. After graduation she returned home to serve her country in the Statistical Department and eventually became the country's Chief Statistician.

She placed her mark within the statistical community both in Dominica and the Caribbean.

Among her professional achievements were the development of a methodology to classify the geographic areas in Dominica by Urban/Rural profile, Participation in the CARICOM Gender Equality Indicators and reporting on Dominica Disability Statistics among others.

She coordinated the Population and Housing Census in Dominica for several census cycles and represented her country at several regional and international conferences and forums. She also conducted many seminars and workshops both locally and overseas.

She could aptly be described as a woman of excellence, purpose and virtue. Prames had several admirable qualities. Just to speak on half of them would take the entire week. But there are some key qualities that distinguished her and made her the person she was.

Her selflessness, constantly looking out for others, endued with a sense of humanity that was difficult to qualify, unquantifiable, indeed, difficult to explain. It did not matter whether you were related to her or not; in fact, it matter more that you were unrelated. Whatever she needed to do to pull you through, to lift you up, to increase your sense of self-worth, to give you a start, she would.

If you were sick, if you were unemployed, if you were facing some life crisis, if you were sad, if you had a task to accomplish, if you needed to talk, if you just needed help in whatever way shape or form she was there. In her position as statistician she would find employment opportunities for young people, for the forgotten, for those who through no fault of their own found it difficult to have or to enjoy the basic necessities of life and needed some kind of economic assistance to so enjoy; Prames was always there. She would knock on whatever doors she could to find you the help that you needed.