"She was a phenomenal woman" 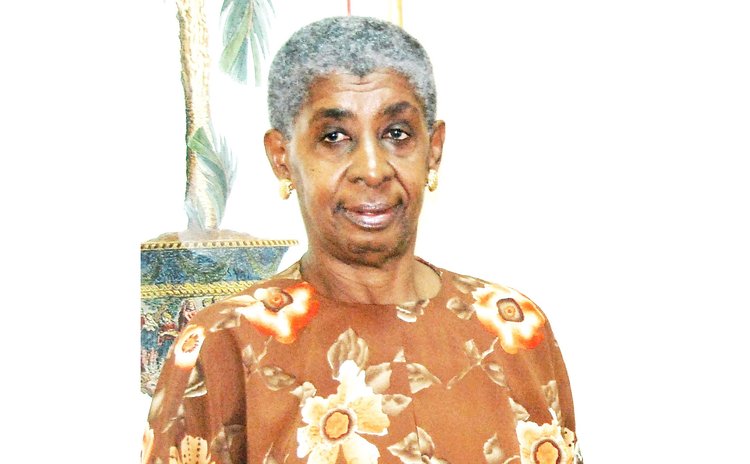 Kay Marina Clarendon Polydore was born on March 3, 1940. She was the first of eight children of Audrey and Irving Clarendon. She embraced fully the traditional role of the firstborn in an exemplary manner - reliable, generous, never shirking responsibility. From early childhood, she stood out not only in physical stature but also in the ease with which she captured knowledge and excelled at all levels of her schooling. She received several awards to pursue her studies at graduate and post-graduate levels.

On graduating from the University College of the West Indies in 1965, she was offered a position at the Dominica Grammar School and as we were reminded by Dr. Irving Andre, 'the then Premier of Dominica, Edward Oliver LeBlanc, was so impressed by her performance that his government sent her a telegram offering her employment before she had even applied for a position in Dominica's Civil Service".

Generations of the Grammar School alumni of the sixties and seventies recall the pleasant yet no-nonsense Ms. Clarendon. She was a great believer in the transformational nature of education and was deeply concerned about her student's welfare, both in and out of the classroom.

To quote two of the past students Vereux Mourillion: "I will be forever grateful for how in her own quiet way she showed keen, constructive and positive interest in my development" and Dr. Irvin Andre: "she possessed a gravitas which enhanced her talent for teaching. She was an imposing figure, tall, stem, and knowledgeable but never condescending or patronizing. She personified the best traditions of selfless service, with little or no thought of personal gain. She was governed by one central desire to ensure that every student with whom she came into contact would strive to harvest every skill or talent which he or she possessed."

During her stint at DGS, she married and the union produced one son, Crispin who acknowledges that "she was a loving and caring mother who would not hesitate to admonish me when I did wrong. She was a constant source of support and picked me up during my moments of weakness, never abandoning me. encouraged me to have a close relationship with God."

She continued her teaching career at Sixth Form College, as principal, after pursuing post-graduate studies in England. A few years later she moved into educational planning and management where she functioned as the first Tertiary Education Advisor. During that period, she influenced the teaching and learning dynamic at secondary schools. She played a critical role in the establishment of new secondary schools and gave tremendous support to the principals and staff, many of whom were on their first teaching/managing assignments. She played a critical role in the establishment of Ross University visiting several hospitals in the USA to assess suitability for internships by Ross students.

At the regional level, she represented Dominica at several regional fora and the West Indies. During that period, she pursued a doctoral programme at the University of

the West Indies at Mona, Jamaica, again excelling academically receiving the Dr. Aubrey Phillips award. Her thesis on the factors associated with academic achievement in secondary schools in Dominica remains a seminal work that has guided further research by doctoral students.

Kay was a great proponent of "giving back" to society. She was a member of the board of directors of the Roseau Credit Union for several years. She was an active participant in the Roseau Cathedral pastoral committee. She taught catechism for several years and was described by Mrs. Celia Nicholas as "a catechist who exposed her young charges to spiritual and moral building, the values of which she blended cautiously with the secular, for acceptance by the young and restless candidates". She also played an active role in the REACH programme, visiting elderly shut-ins and hospitalized patients.

She was a regular contributor to the cultural, social, and political discourse through various print, radio, and social media. "Her grammar and pronunciation corrections on DBS were described as being priceless". As an author/poet she had a sharp wit, and many will recall her linguistic abilities and her skillful manipulation of the English language, Creole, French and Spanish, which on numerous occasions brought a lot of mirth and merriment.

Kay was of a former Dominica - more catholic, more Shakespeare, Milton, and Longfellow. In all, she was the daughter of the baker and dressmaker/designer from Charlotteville who could hold her own among the best. And now that she has gone to her rest, we are saddened, but she did her part. Well done Kay Marina- mother, sister, aunt, daughter, cousin, educator, author/poet friend, and philanthropist. She was authentic with no guile and respected for her frankness. She was a phenomenal woman.