Shermaine and Felix to retire

DBS to lose two of its most experienced broadcasters 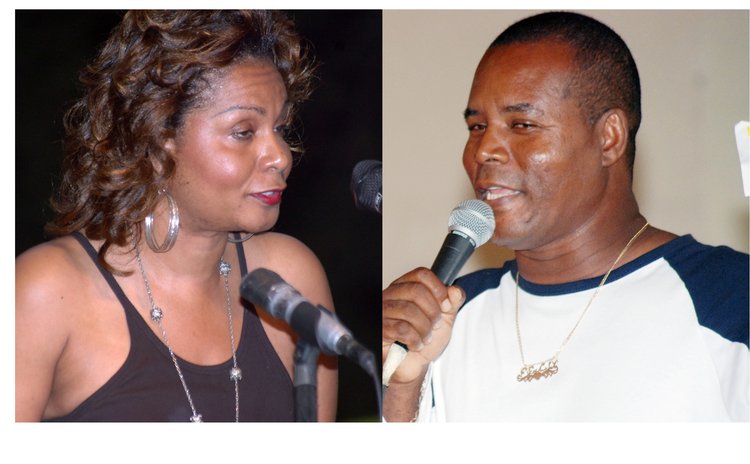 Two of Dominica's top radio personalities are about to bid farewell to a station where each has been employed for over four decades. That's a combined period of eighty years.

Broadcasters Felix Henderson and Shermaine Green-Brown are getting ready to retire from the Dominica Broadcasting Corporation (DBS Radio popularly known as the Nation's Station). Green-Brown is scheduled to leave in December and Henderson in December 2016.

Over the years, Green-Brown has held several positions at DBS over her long and distinguished career including General Manager (acting) and Programme Director.

Deacon Alvin Knight has worked with both Henderson and Green-Brown for many years; he describes that period as "a pleasure and privilege."

Henderson was first employed at DBS as an announcer in November 1977 and Green-Brown about that same year.

Ironically, the two radio personalities who may have interviewed hundreds of persons over their careers declined an invitation to be interviewed for this story.

Nevertheless, Knight says that Henderson, for instance, has taken broadcast journalism to new heights in Dominica.

"His many adverts and the awareness that it has brought to people is formidable," Knight said. "He took the Creole from nowhere in Dominica and made it a household name…Felix is a hard worker, he always thinks of something new".

Knight also recalled the many broadcasts that he shared with Henderson and Green-Brown especially during disasters.

"He (Felix) is an outstanding announcer and also Shermaine," he said. "They took advice from people and did not just make it to the top just like that. Our young people need to emulate them since they also looked for ways to improve, they listened to others. Our young broadcasters or journalist need to listen and take a page from those two outstanding individuals."

He added: "Felix's dedication, hard and committed work not only to Creole but the development of broadcasting and Shermaine Green-Browne are unmatched."

Henderson has received national awards including the Golden Drum award.