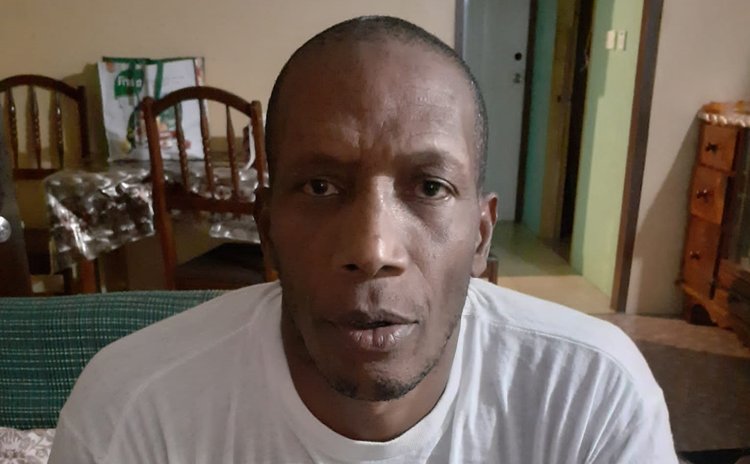 This northern community is well known on Dominica's cultural landscape with their award-winning Paix-Bouche Cultural Group; Paix-Bouche Drummers; King of Conte Lawrence Brumant (deceased); Bèlè Queen Robellin Walter (deceased); and Kimani Felicite and Marah Walter, two of Dominica's recent Carnival Queens. Asher Thomas and Anderson Paul, two basketballers from that village have also made a name for themselves in music and entertainment circles, whilst basketballer Mickael Ferrol is well-known in cultural circles.

The village's name, Paix-Bouche translates from Kwéyòl to mean "shut (your) mouth", i.e. keep quiet. But we cannot refrain from talking loudly about their involvement in the sport of basketball. And so, there's very good reason to "shout out" Paix-Bouche Basketball!

The game-clock buzzer has sounded. So, it's jump ball time!

Jumping the Ball: Possibly the first person associated with Paix-Bouche who played competitive basketball was Vincent O'Brien, a Police Officer by profession who has dual parental roots in Paix-Bouche and Scott's Head. In 1983 he played with Scotts United in the first-ever Keep Fit Club Basketball League in Soufriere, and later with one of the Paix-Bouche teams (Cobras) followed by Police Sports Club, in the DABA League.

Eleven years later (1994), Kareem Ferrol and Kelly Ferrol from the village were members of Atkinson Cats in the national league's Intermediate Division. Both players were high scorers for Cats, with Kareem scoring a massive 42 points against Hoyas, and proceeding to cop the award for Player Scoring Highest Points Aggregate in Division II that year.

The community's first team to compete in the national league was Paix-Bouche Cobras who debuted in the Intermediate Division, played initially in 1991, then took a 6-season break before returning for one more season (1997/98) before disappearing.

In two of their matches in their first season, Cobras lost to Magic Touch and were blown out by Hoyas II by 58 points (99-41). D. Anselm and Julian Francis were two of the players on that team.

In 1992 McPherson Ferrol played with Portsmouth Raiders in DABA's Division I and in 1995 Kareem Ferrol, playing with Raiders, was selected to the National Team.

Paix-Bouche had expressed an interest in participating in DABA's Intermediate Division in 1995, but they never registered.

Cobras returned for the 1997/98 season, with players such as Kareem Ferrol, Jonathan Ferrol, Garvin Paul, Ferdinand Pierre-Louis and others.

From Cobras' four available match results for that season, they lost by default to Falcons, lost to Sixers of Grand Bay (55-82), were clinched by X-Men (90-88) at Portsmouth, but defeated Green City (82-74). Kareem had a match-high 42 Pts against X-Men whilst Garvin sank 37 versus Green City.

The following season (1999), the team that emerged from Paix-Bouche was Paix-Bouche Eagles and interestingly, one of the teams that they competed against in DABA's 3rd Level Men's Division was Stafford Morancie Eagles of Trafalgar. From their four available match results, they lost to Warriors of Marigot (63-76), but blew out DOMLEC Shockers (77-43) and also enjoyed victories over Flash of Scott's Head (77-61) and Bullets of Massacre (76-64).

In 2000 Paix-Bouche Eagles and the other Division II teams were absorbed into DABA's 2nd Level Men's Division (Division I). In their only match for which results are available they defeated Spartans of Mahaut (71-51).

For the next four seasons, i.e. 2001 through 2004, it appears that Paix-Bouche was not represented in the national basketball league. An Eagles team did however play in the 2nd Level Men's Division in 2004, but these had flown in from Canefield.

There was no national league in 2005, but come 2006 Paix-Bouche was once again represented in DABA's competitions when the "youthful" Silver Lining Eagles made their appearance on the court with players such as Derrison Anthony, Andel George, Larry Harney, Glen Holsborough, Shelm Paul and others included their line-up.