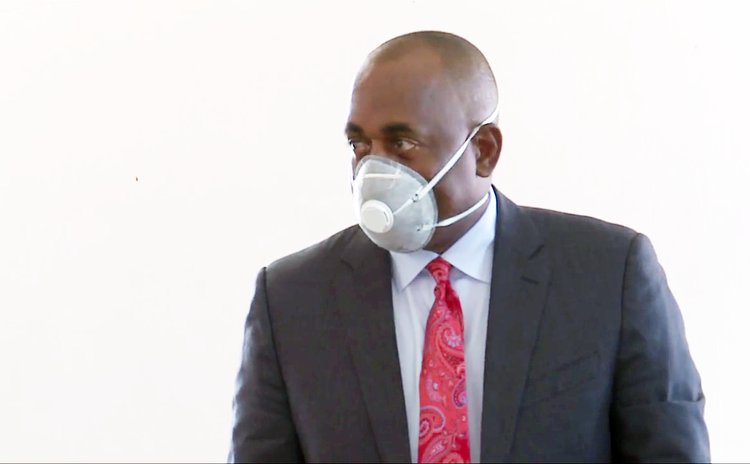 When Vernelle, the owner of Vee's Nail Tech, opened her salon two years ago, she never envisioned that her clientele would expand as quickly as it did. In less than one year, she was earning an estimated $2000.00 bi-weekly, the self-taught manicurist told The Sun. It was no surprise, therefore, that she was already planning to expand.

But just as she was beginning to think big, the coronavirus pandemic set the 27-year-old back. Like other small business owners across the country, she has had to pivot to keep her business alive in era where none of the old rules apply.

"Things are just not the same as before. In the past, on average I would have up to six clients a day, but right now most people are not going anywhere. Everyone is stuck at home, so there is no need for people to do their nails, which means that my client base has decreased significantly" Vernelle disclosed.

With COVID-19 numbers on the rise, the mother-of-one was forced to close the doors of her brightly coloured salon when the government deemed her business to be non-essential last month, leaving her with absolutely no source of income and no way of meeting her $1200 monthly bills, including rent and utilities.

Even with some easing of restrictions, the single mum continues to struggle and is running through her "rainy days" savings faster than she ever thought.

A similar story was shared by Shane* a well-known businessman in the catering industry whose main gigs were weddings and large events.

In late July, Shane, like many other small business owners, braced for what seemed like a few weeks of financial hardship. But as the second wave of the coronavirus pandemic — now in its eighth week - drags on with no apparent end in sight, he was hoping the Roosevelt Skerrit government would come to the rescue of small businesses with a stimulus package.

But instead of providing a cheque through the Dominica Social Security, as was done for bus drivers after they complained of a loss of earning due to COVID -19, Skerrit announced last week he would provide $30 million to the AID Bank to assist small and medium-sized businesses with small loans at "a very low-interest rate."

"The government of Dominica is contracting this loan from the Caribbean Development Bank over three years," he said. "However, we have decided to advance this full amount in one year and make it available to the AID Bank. There have been some delays in the submission of certain documents and approvals, but we are nearing the end of that process".

This has not sat well with the business owners, including Vernelle, who wondered about the logic of driving them into further debt at this time.

"How can he possibly expect us to go to the bank right now to add a further debt on ourselves when we are already not making money?" asked the young woman. "I'm at a point where I cannot add another responsibility to my load because currently, I have to pay rent for my salon, have to buy necessities for my son, pay bills, I just cannot subtract from the little I have left to get by to pay the bank."

While Vernelle was measured and polite with her response, Shane was blunt, direct, and did not hold back. Having been fully booked for the months of August and September, he watched as his business simply vanished with the imposing of the new restrictions, leaving him offended and angry.

"Well, to be honest, he can take his loan at the AID bank and shove it up to his a**, and way up as well," a clearly furious Shane told The Sun. "At this point, this man is bluntly saying to us that he doesn't care about the survival of our business, because if he did, he would never ask us to borrow money sent to assist us. That's just nonsense."

The many other micro and small business owners who spoke to The Sun also complained of the daunting thought of having to secure a loan at the AID Bank, while they all agreed that the best way to ensure their survival was a stimulus package.