Show us the dynamism in the "Dynamic Dominica" budget 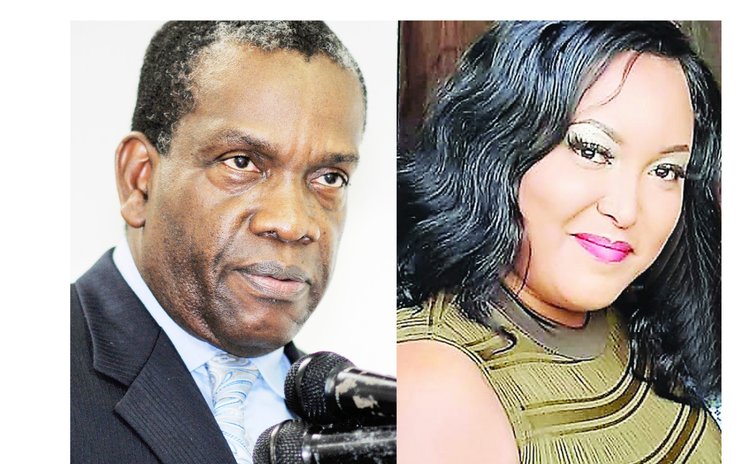 Ask any member of Government their feedback on this year's national budget presented by the Prime Minister and they'll tell you it's the next best thing after their leader. Ask members of the opposition and they'll say it's another failed attempt to redeem the country's battered economy.

When asked for his feedback for this year's budget, leader of the main opposition United Workers Party (UWP) Lennox Linton stated that "it was essentially an international airport budget presentation. "

Similar to the bombshell announcement that he made in Parliament a few years back of an alleged missing 1 billion dollars from the Treasury, he stated that he was prepared to show proof in parliament that this figure has risen to 4 billion dollars and evidence that the government has an additional Treasury which the public is unaware of.

He vowed to disclose more details and present his budget rebuttal at a "People's Parliament" on August 3 in Lagoon, which has since been rescheduled due to the upsurge in COVID-19 cases.

As for their part, Dominica's youngest political party- the Alternative People's Party (APP)- is of the view that the Prime Minister, who has now done 18 consecutive budget addresses, lived up to what was clearly expected from someone "who is obviously fatigued from prolonged power."

According to the party's acting political leader Tahira Blanchard who spoke exclusively to the Sun, the budget lacked vision and innovation.

"In our view, the presentation of this year's budget continued from where the last one left out: a stretching of the Dominica Labour Party's 'Dynamic Dominica' mantra," she stated. "It was fanciful in its outlook, and the design of the budget cover seemed creative, but that's about it."

Blanchard further added that the majority of the Dominican citizens now wrestle with their economic circumstances which, she says, must be attributed to the government of Dominica, led and directed by the Prime Minister.

"The average Dominican is acutely aware of their own circumstances, and that of their family members, relatives, colleagues, and friends. The average Dominican knows that there has been no "remarkable recovery" for them, as was alluded to by Hon. Prime Minister. We believe that the Prime Minister's perspective does not allow him to see the brute reality which confronts the people of Dominica," the interim party leader said.

As it pertains to the caption of the address: "Dynamic Dominica – Building on our past, solidifying our present, securing our future" she labeled such a nothing more than a fancy play on words.

"What does 'Dynamic Dominica' really mean, anyway? Where is the progressiveness in the government's budget slogan? Why must the Prime Minister keep mixing his partisan campaign slogan with the non-partisan business of the nation? Where is the hope for our youth, our women, children, and men in that budget? Where is the grand promise for thriving which is enshrined in the National Anthem of our beloved land?" Blanchard asked.

When questioned on what they would have done differently, the party's head stated that the once loved agricultural industry would have been their primary focus as they believe that the Dominican economy would benefit from a surplus of close to $200 million, if the proper funds are injected into that sector.

As further revealed, 22% would have been allocated to agriculture in an APP's budget, 20% towards the debt consolidation and servicing, the new economy and technology, an additional 18% on housing and capital infrastructure, 15% to salaries and other public sector benefits, 15% to education, sports, new industries and culture, and 10% towards healthcare.

Blanchard also disclosed that the party's full budget response will be presented on August 4, 2021.