Side life proved not to be the best life for St. Lucian lover 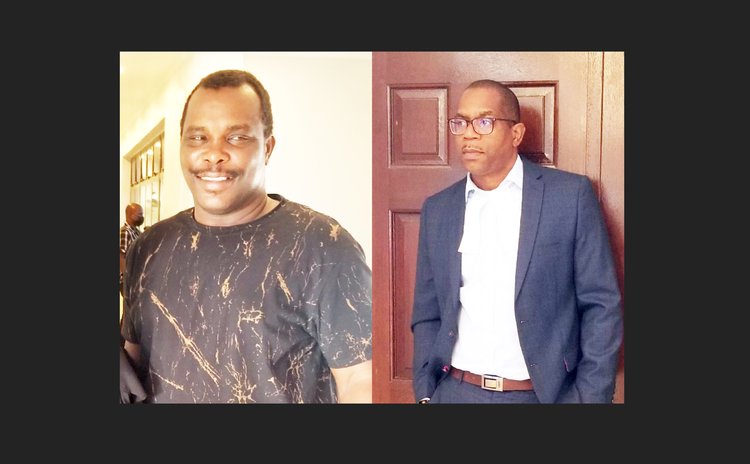 The Signals Band singing that "the side life is the best and zero stress life," has proven not to be true for a St. Lucian man who was wounded by his girlfriend's husband.

In the trial which lasted just over one week presided by High Court Judge, Justice Wynante Adrien-Roberts, the prosecution which was led by acting Director of Public Prosecution (DPP) Sherma Dalrymple, assisted by State attorney Daina Matthew called seven witnesses in an attempt to prove its case.

The first witness who was the virtual complaint, Antoine, told the court that he had arrived in Dominica in 2017 following Hurricane Maria as a tradesman and had rented a middle apartment in the three-storey home owned by Mr. Laville and his wife Hannah Laville.

He said that his dealings with Mrs. Laville began as that of landlord and tenant; however, they subsequently entered into an amorous relationship but had only found out that she was still married to Mr. Laville "far, far into the relationship."

In 2019, Antoine stated he was not residing permanently with Mrs. Laville as he had other homes but enjoyed a visiting relationship with her.

On the day in question— September 9, 2019— he told the court he and Mrs. Laville woke up together but later had an argument. She then gave him permission to use the middle single apartment next to hers.

On the evening of the aforementioned date, he entered the apartment, and upon entry, he felt someone pull the door behind him but he, however, locked the door.

He recollected, that he then heard Mr. Laville call his two sons and state, "all you come, tonight we going to kill him."

According to Antoine, at that moment Mrs. Laville was screaming and pleading to her husband, informing him that she had given her boyfriend permission to use the vacant apartment.

Thereafter, Antoine said Mrs. Laville told him to come out of the apartment and upon unlocking and opening the door, Mr. Laville was standing there with a crowbar which he swung at him.

He then backed up into the apartment and Mr. Laville rushed at him and he, Mr. Laville, and Laville's adopted son Jade Thomas began wrestling.

The virtual complainant said the pair overpowered him hence he conceded and Mr. Laville started swinging the crowbar at him. He eventually made contact with his right leg which he then realized was broken after he attempted to stand.

Antoine further divulged that he was dragged from the apartment, down the stairs, and onto the driveway and his entire body was bruised.

He said there, Mr. Laville was holding a two-by-four and demanded that he be removed from his driveway before he "finished him."

Broken leg and other injuries

He was later removed and transported via ambulance to the Reginald Fitzroy Armour Hospital and subsequently transferred to the Dominica China Friendship Hospital (DCFH) where he was admitted and underwent surgery.

Antoine further stated that as a result of his injuries, he is unable to work as he used to and must care for his leg like a child when it rains.

Landlady and husband had been separated for five years

The second of the State witnesses, Mrs. Laville told the court that she and her husband has been separated for five years and she lived in one of the apartments on the middle floor of their three-storey home while her husband lived upstairs.

She admitted that she and Antoine were in a relationship for two and a half years in September 2019.

According to Mrs. Laville, on the night in question, she was in her apartment with two of her children when she saw Antoine entering the vacant apartment that she earlier advised him he could use.

Her husband then appeared and told her: "I want mister out of my place," and she responded by informing him that she had given her boyfriend permission to use the vacant apartment but he insisted that Antoine must leave.

Mrs. Laville instructed her boyfriend to leave the apartment but before he could comply, Mr. Laville then took a crowbar and called out to their two sons and stated, "call the police we are going to finish him tonight."

In her evidence to the court, she further stated that her husband pried open the door with the said crowbar while her son Jade Thomas and Japhan Laville, held her back as she pleaded with her husband to allow Antoine to leave.

Mrs. Laville further testified that she bit her son Japhan on his leg in order for him to release her but by the time she got to the apartment, her boyfriend was on the floor while her husband was swinging the crowbar at him.

In her attempt to assist her boyfriend, she rushed to her husband and said to him, "you not touching him no more, not over my dead body." Mr. Laville then left the apartment and she subsequently left in search of assistance.

Upon her return to the home, she met Antoine on the floor in their driveway bleeding while her husband carried a two-by-four in his hand threatening to "finish" her boyfriend if he was not removed from his property.

Thomas, who was another of the State witnesses, said, on the evening in question he was upstairs on the porch when he heard a loud commotion and thereafter his father calling out to him.

On his arrival downstairs, he claimed there was an individual in the apartment whom his father was attempting to remove but the person refused to open the door.

After a few attempts by Mr. Laville to open it with a crowbar, he was successful and the individual rushed on his father from inside the apartment and they began to wrestle.

He said the light in the apartment then came on and he recognized the individual to be Antoine. Thomas stated he then assisted his father in carrying Antoine down to the driveway where he called the ambulance.

According to the evidence Japhan Laville, on September 9, 2019, he had just returned home from school and heard a scuffle on the second floor in the vacant apartment. Japhan stated he turned on the lights and saw three people, his father, his brother Jade and Antoine.

He said further his father was holding Antoine on his shoulder and the crowbar was in his other hand and his brother and father later carried Antoine out of the apartment.

Under cross-examination by defense attorney Wayne Norde, both Thomas and Laville denied seeing their mother at the apartment during the incident nor having prevented her from entering the apartment. They claim she only arrived after Antoine was placed on the driveway.

The prosecution also called three other witnesses who included the investigating officer, Corporal Panthier, Sergeant Linda Daisy who was deemed an expert in crime scene photography, and medical Dr. Adrien Dechausay who told the court that on September 10, 2019, he examined Antoine at the DCFH and performed a surgery on his right leg and inserted an iron rod.

After calling all its witnesses, the prosecution then closed its case. In presenting their defense, Mr. Laville and his attorney Wayne Norde presented a case of self-defense.

In his unsworn statement prisoner's dock Mr. Laville said, at about 7:30 p.m. on the night of September 9, 2019, he was returning home. While approaching his property, he claimed to have seen someone dressed all in black with a hoodie entering the single vacant apartment on the middle floor.

Mr. Laville further stated, he then approached the apartment and noticed that the door was locked and there were no lights inside the said apartment.

He began calling out to the individual inside but there was no answer hence he called out to his adopted son Jade who was on the upstairs porch.

Mr. Laville, who is a constructor, recollected that he then took one of his ripping bars, went back to the door, and called out to the person inside twice again before he began prying the door open.

As soon as the door was opened, he said someone rushed at him in the dark hence he started swinging the ripping bar at the individual.

Following a scuffle, he was only then able to identify the person as Antoine as the lights had then been turned on in the apartment.

Mr. Laville said, with the assistance of his adopted son, they carried Antoine onto the driveway.

He said that any injuries inflicted on the virtual complainant by himself happened when the lights were off as he had no intentions of wounding anyone that night.

" I just wanted to defend myself and my family," he said.

In her closing argument to the court, the acting DPP told the jurors that in determining the verdict they should not consider whether "the side life of Mrs. Hannah Laville was the best life or the fact that she was still married to the accused so the coast was not clear."

Dalrymple, however, urged the jury to be the finders of facts and to consider only the evidence in respect of the charges.

She said the defense case of self-defense was not available because Mr. Laville saw who was entering the apartment as the porch was lit.

Dalrymple further told the jurors that inconsistency by the State witnesses does no harm to their case nor does it go against the evidence in the matter.

However, in addressing the jurors, defense attorney Norde said, the prosecution's case was heavily flawed and contrary to what the DPP stated, the inconsistency of their witnesses paralyzes their case as the four key witnesses all provided contradicting evidence.

He further put forward that Mr. Laville was well aware of the relationship between his wife and the virtual complainant and had not interfered with Antoine in the past, hence the incident on the night in question was simply a mistake.

"I urge you to send this man home to what is remaining of his family by finding him not guilty," Norde encouraged.

At 3:00 p.m. the jury retired and was asked to consider their verdict.

Just 40 minutes later they returned with a unanimous not guilty verdict on all charges.

Following his vindication, Mr. Laville told the press that he was elated and thanked his many supporters during the trial.

When questioned on whether his family could be mended he simply stated: "My children are my only priority."