Government announces closure of Douglas Charles Airport, when it reopens 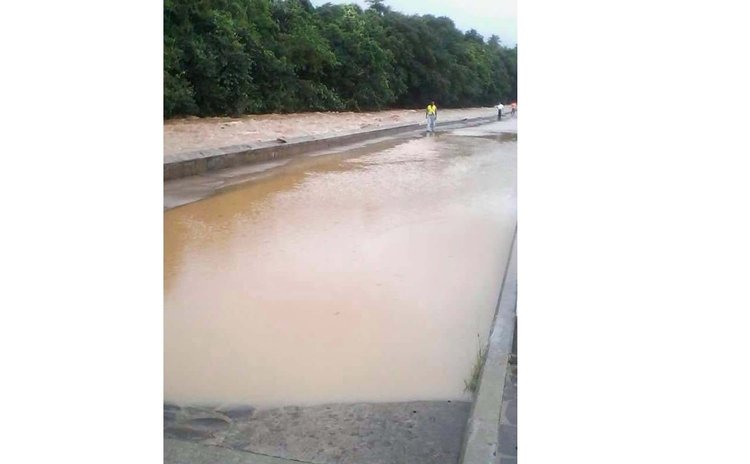 Somewhere someone is puzzled.

"Doesn't the industry have a protocol for this thing?" one person asked.

Somewhere someone is ridiculing.

"They announced the closure in the statement announcing the reopening," quipped a high-ranking airline official.

Somewhere someone is scathing on the Roosevelt Skerrit administration for failing to advise the public that it was shutting down the Douglas-Charles Airport last week due to flooding.

"It does display a certain cavalier [attitude], a certain lack of public caring both for the worker who has been there since 5 o'clock in the morning and the weary traveler," argued hotelier Athie Martin.

The Douglas Charles Airport was closed last Tuesday "out of an abundance of caution" after it was flooded when the adjacent Marigot River burst its banks following several hours of heavy rains in the surrounding mountains.

However, the first official announcement about the closure came in a news release from the ministry of public works and ports on Wednesday advising of its reopening, prompting ridicule from an airline official.

The release, a link to which was posted on Skerrit's Facebook page, advised that the airport had "officially reopened" with a commercial flight scheduled to arrive by noon, and that all essential services had been fully restored.

It explained that the airport was closed last Tuesday afternoon due to the flooding which affected the ground floor of the terminal.

There was an apology "for any inconvenience caused" and an acknowledgement of the travelling public's "understanding the need for taking such a decision out of an abundance of caution".

However, the absence of an advisory before or during the closure did not sit well with Martin, who accused the authorities of being "hell-bent on trying to create the illusion of normalcy". "It is totally irresponsible I would say . . . It does display, not only a callous view of concern [for the Dominican public] but for the others in the industry," he told The Sun.

Equally disconcerting to people who spoke to The Sun was the absence of any announcement by the main airline serving the island, LIAT, regarding flight cancellations.

While Seaborne Airlines issued a notice announcing cancellation of its Monday afternoon and Tuesday morning flights, there was no public word from LIAT, leading to suspicion by some of something sinister.

However, one person familiar with the Antigua-based airline's operations told The Sun there was no need for such an announcement since all passengers who would have been affected were contacted in person.

One person familiar with the schedule of incoming and outgoing flights told The Sun that LIAT cancelled Flight 581 on Wednesday morning after it was advised that traffic in and out of the terminal had been limited because the compound was flooded. It could not be immediately confirmed if other LIAT flights were cancelled.

As for the lack of an advisory, one airline manager said it was no coincidence.

"That is deliberate," said the official who requested anonymity because of the person's position. "I can tell you that is deliberate because they want to give the impression that everything is fine."