Singing just for the love of it! 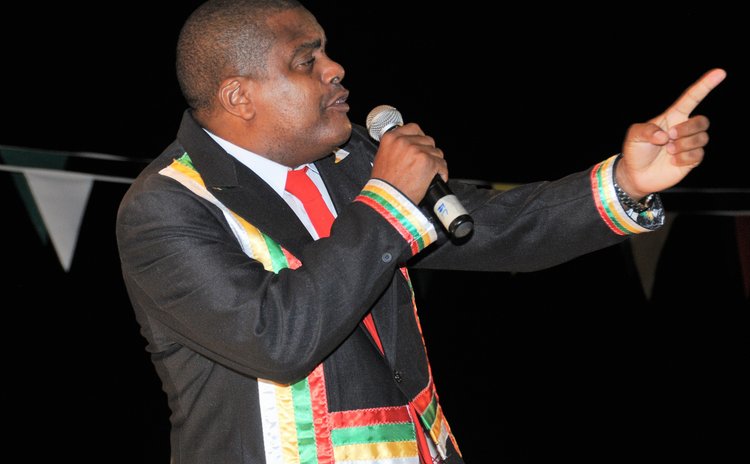 Once every year, Cecil Burnett indulges himself in something that is close to his heart.

It's sweet, sweet calypso and Burnett— who sings under the name 'Checker' — absolutely loves performing at the much anticipated annual competition.

We caught up with Burnett, a tailor, on his sewing machine at his Roseau residence and he spoke about his involvement in calypso and those who have inspired him.

He said, "I love singing to the fans and taking a positive message around across to the fans…that's what I've been doing since I started singing calypso."

Burnett was attracted to calypso by the work of some of the best in the region — 'The Mighty Sparrow,' 'Explainer' and 'Lord Baron'. He was young when he heard these men perform, but their lyrics and singing styles captivated and inspired him.

Later, when his close friend, 'General Natty' encouraged him to get involved in calypso, Burnett thought this was a good idea and did just that in 1982.

He loves it so much that he has competed every year since then, without fail.

The skits that accompany the calypsonians' performances on stage are always a welcome bonus for the audience.

Burnett said he comes up with his own concepts, sometimes borrowing from the suggestions of others for his skits.

He then sews his own costumes, and sometimes even the costumes of other contenders.

Over the years, he placed third at the national competition on four occasions and even won the Stardom King on the Tent title in 2010.

But so far, the Calypso Monarch crown has eluded Burnett.

In fact, some observers have been telling him that perhaps he should leave calypso alone since he has been participating for so long and has not won the crown.

Burnett decided to respond to such persons in song.

"I ent going nowhere" Burnett declares defiantly in his main song for this year's competition.

"I'm telling them no! My love for calypso causes me to stay in the competition… As long as the fans are there, I will continue to sing for them even though I have to come on stage with my cane."

"From since 1982 I have never taken a break from the competition. I come every year."

"I am making a good contribution in song and, doing that, I don't really need the calypso crown," he maintained.

Burnett knows that one needs two great calypsos to win the crown. He is conscious of the fact that over the years, he has had "one good one and one not so up to the standard of the good one".

But, as he points out, other calypsonians have won the crown with one good song and one mediocre song.

This year, he has had to enter the competition from the qualifying elimination rounds because he did not make it to the semi-final round of the event last year.

He continues to enjoy performing with the Swinging Stars band. In his view, this is the best backup band for calypso.

Based on his observations over the years, participation has expanded to include people from all walks of life.

"Before, people used to say calypso is for fishermen…men on the streets. But right now you find everybody is coming into calypso…

"People from all walks of life, even people leaving their bands and coming into calypso — calypso is growing…" he said.

Also, he observed that the calypso draws a far larger audience today when compared to some years back.

He would like to see more calypsonians trying to get maximum mileage for their music by targeting the regional market with their songs.

He is also rooting for his daughter Nicka who has followed in his footsteps and made a successful entry into the competition.

Burnett said that she copped the third runner-up position on her first attempt two years ago and second runner-up last year.