Singoalla Blomqvist-Williams about her late husband, Kervin "I am burying him with his law book" 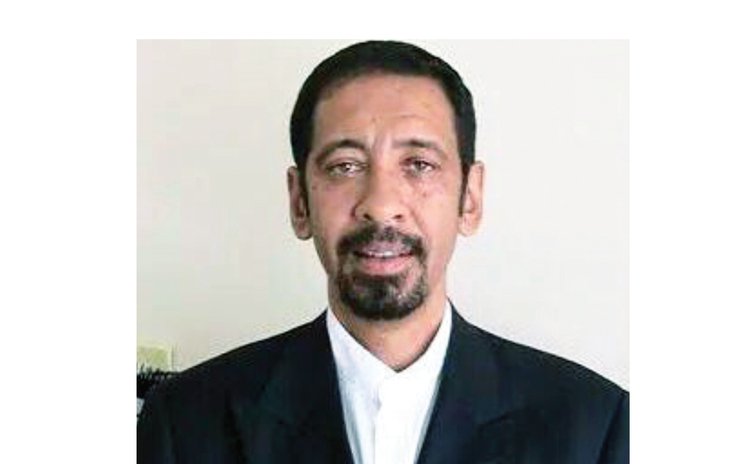 Even in this, the most difficult of times, Singoalla Blomqvist-Williams has found the incredible strength to tell the wonderful story of her husband, Kevin, who died in her arms on Friday 24 January at a hospital in England, the country of his birth.

True, the tears flowed - exposing the intense sorrow that has overcome her – during her honest conversation with The Sun, less than a week after watching her husband of nearly 30 years die, and a day after she returned to Dominica.

"My husband didn't say goodbye to me. I was just feeding him, I was giving him some coke, and he just expired. He just closed his eyes," she said, her eyes swelling.

While Kevin's death has struck her like a cruel thunderbolt, it is in relating the story of his life that Blomqvist-Williams is able to extract some joy and even laughter, as she paints a picture of the man that many might have encountered but few ever truly knew.

In addition to being a "very brilliant" lawyer – "his brain was just brilliant," she said – the unassuming Kevin, the son of an engineer, was quite skillful in other areas.

"Kevin could build anything," she said, brightening up a little, "houses, mechanic, engineer, spray painting, tiling. He was very good with his hands. Very, very good."

On the other hand, the grieving widow revealed, his generosity was boundless and impacted many more lives than anyone can imagine. There is, for example, the story of the vagrant whom he would take home to feed, and whom he later helped place in a home. The vagrant died soon after and Kevin felt regret because he believed that placing the man in the home had accelerated his demise.

"He would do things and wouldn't even tell me. Simple thing. People would come for money for treatment or so and he would do it, and he never looked for the praise or recognition. That wasn't his style."

Even as he was battling for his life in his last days, Kevin was showing concern for others, his family in this case. Hearing his wife discussing with an employee a matter that came up while she was in the UK, and which was bothering her, Kevin interjected, telling her, she should not fret. "He says, 'I don't want you to be forcing like this, you know. I worked hard enough and I provided enough for you not to stress yourself like this. I don't want you to do that. Do things that you love'.

"He gave all of himself just to provide for his family, and he was a good son. My God! Never heard him raise his voice at his parents. Never,"

Kevin's health challenge is a story of courage, determination and, until last month, survival. He was diagnosed with congestive heart failure in 2000 and was told by doctors in England he probably had a year to live. He later had a defibrillator installed in Miami but even that didn't go altogether well.

"…when they tried to put it in the heart stopped. He died. He died," Blomqvist-Williams revealed. In urgent need of a heart transplant, he was placed at the top of the waiting list, and on 22 November 2001, he received the transplant. In the eighteen years since, he lived a normal life, raising a family – he had two children, Yasmin, 12 and 17-year-old Yannick – and having a successful career in commercial and corporate law.

Law was his passion, Blomqvist-Williams, also an attorney, said of her late husband, who was educated in Guyana – he moved there from the UK at the age of ten when his dad went to work -Trinidad, Barbados and England. His contribution to the legal profession included changes to banking practices to ensure that vulnerable clients were given independent legal advice.

"He loved his law…I am burying him with his law book. He always had it with him, like a suit. He'd go to a doctor's appointment and he would have his law book with him. As if he felt incomplete without it."

Over the years, the medicine that Kevin took to prevent his body from rejecting his transplanted heart took a toll on him, leading to his bones becoming extremely brittle in 2015. And even though he had been receiving medical attention in England for his condition, his death came as a surprise to his wife, because he appeared to be improving.

"He was getting better, that's what I don't understand. And then his heart just failed. His pressure went right down on the Friday . . . and he just expired in my arms. First time I've seen somebody die, eh. And it was the most peaceful. I tell you he just expired. For how many days before he had no pain, you know. Days before, you know. And he's eating. And he said, 'let's watch James Bond' - he liked James Bond - and when I saw him on Friday I said we are going home. We were going to the doctor to get the all-clear to travel."

For seven hours after his passing, Blomqvist-Williams stayed in the room with her dead husband, talking to him. She also had to decide whether to ring the children to tell them or wait until she returned home. She chose the latter, even though it was one of the toughest things she ever had to do. Five days later, when she arrived in Dominica the children were waiting to hug their dad, only to receive the devastating news and to begin their own period of unimaginable grief.

"Kevin was my rock. He was my rock. I am who I am today because of him. He grounded me. That's why I tell you he was my rock," Blomqvist-Williams said, later adding he would be deeply missed by his family, including his 89-year-old mother, Kathleen, and his sister Deborah Roachford.