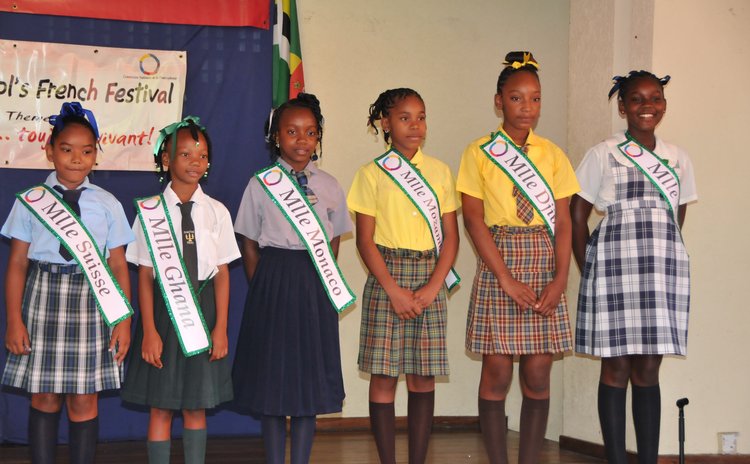 As part of the activities for Francophonie Month six students will vie for the title of Mademoiselle Francophonie 2016.

The pageant will be held at the Arawak House of Culture on March 19.

The other activities carded for Francophonie Month are:

In addition, Foreign Service Officer from the Ministry of Foreign Affairs Ross Laramol said the National Francophonie Commission will provide funds to create a "French Room" at the Goodwill Primary School.

"This is year is the sixth year…we organize what we call French Rooms we started in 2010 at the Roseau Primary School and up until last year we did the Penville Primary School," he said.

Laramol noted that for a school to be selected for a "French Room" two requirements must be met. These are: French must be taught actively in the school and there must be space to set up the room.

He added that the commission ensures that a comfortable room is established so that the students will have greater appreciation for the language.
He urged the other schools to be on guard because the commission will be expecting a follow up school next year.

Meanwhile, Robert Guiste, the Senior Education Officer for Curriculum Measurement and Evaluation Unit said Francophonie month is the continuation of the celebration of the teaching and learning of French in the primary and secondary schools.

Guiste added that Dominica is located between two French countries and therefore French is being taught from Grade K to Grade 6.

"Teaching of a foreign language is mandatory in our school it is part of our national curriculum framework," he added.

Guiste said exchanges have been held among Dominica and the French islands of Guadeloupe and Martinique.
"We signed another agreement with the French island of Martinique and since the very first agreement we had over 100 teachers being trained in teaching French at our schools," he said.