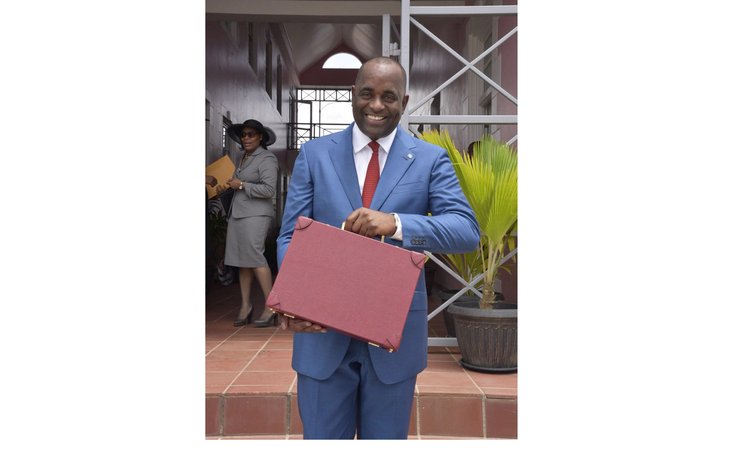 Dominica's government has presented a new budget that leans heavily on the selling of passports as its main revenue earner while the country recovers from a storm that almost wiped out its Gross Domestic Product (GDP) about 11 months ago.

This was Dominica's first budget since Tropical Storm Erika, since the world became a playground for terrorists, since Britain decided it has had enough of the European Union and exited ushering in a new era of uncertainty for Dominica's economic development.

" Whatever we do or say as a Parliament and as a nation, must take into consideration, the effect that all these conflicts and uncertainties, that exist around the world, can have on us," Prime Minister Roosevelt Skerrit told parliament this morning during the presentation of the 2016/2017 budget.

According to Prime Minister Skerrit prior to the storm the economy was poised to grow by 2.4 percent for 2015.

"Due to the negative effect on the expected national output and income caused by Erika, we revised growth estimates downward to minus 3.9 percent," Skerrit said.

"As can be expected after a major disaster, we would not have achieved, the desired economic performance nor fulfilled all of the plans and projects envisaged in the previous year. In short, Madam Speaker, the performance of several sectors, was negatively impacted by Tropical Storm Erika".

For instance, in 2015 agricultural production declined by 15.1 percent. Declines were recorded in all of the major subsectors with banana production dropping by 20 percent and other crops by 15 percent.

"In 2016, the sector is expected to expand, with a projected growth rate of 0.3 percent, reflecting increased activity in the livestock sector. Projections for 2017 however, suggest a rebound of 6.1 percent for the sector as a whole, as banana and non-banana crop production accelerates," said Skerrit.

In tourism, output in the hotel and restaurant sectors is estimated to have declined by 10.9 percent in 2015, Skerrit said.

"Preliminary data for January to December 2015, show an 8.6% decline in stayover visitors," he said.

"Projections for 2016 suggest a turnaround, as the sector is expected to benefit from the rehabilitation programme, which will include new public sector projects. This is expected to lead to growth of 26 percent and 7.7 percent for 2017".