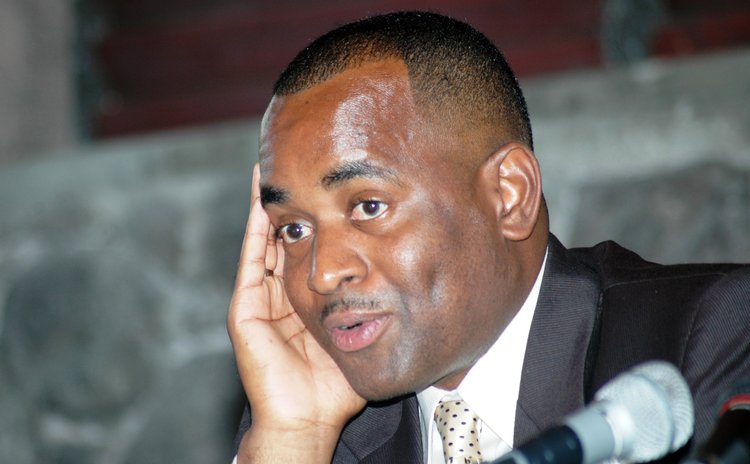 Call it opacity, call it prevarication, call it 'Trumpism'.

This is how government critic Athie Martin sees Prime Minister Roosevelt Skerrit's attack on The Sun over a story on Dominica's debt to the Eastern Caribbean Supreme Court.

In a rant reminiscent of US president Donald Trump, Skerrit slammed the story as "false" and "a complete lie", prompting Martin to describe the administration as desperate.

"It is clear that what is behind the persistent chaotic governance style is the desperation born out of a realisation that they won the last election by 676 votes -the total number of votes that separated the UWP from the DLP in five constituencies - which would have meant 11 seats when added to the six won by the UWP [among other reasons]," Martin told The Sun.

"All of this is to say that the leadership is flailing and flapping around looking for distractions from the harsh realities and seeking to silence all critics in advance of the election. The Sun is just one of the growing number of victims of this chaotic rush to the bottom."

In a story entitled Dominica owes OECS court $8 million published in the June 5 edition, The Sun reported that none of the nine member countries that make up the supreme court owed as much in dues as the nearly $8 million that Dominica owed.

The revelation appeared to have angered the prime minister, who compared the article to going "in the gutters and we go in the garbage bins" in search of negative stories about his administration.

"I saw the front page of the Sun Newspaper, for example, that the government owes the OECS supreme court over eight million dollars. This is not a fact; this is false," Skerrit was quoted on the state controlled DBS Radio as saying, before adding later, the article "is totally, a complete lie".

However, puzzlingly, the prime minister seemingly confirmed The Sun report by admitting that Dominica had owed the court "about $7 million or so" but had made a recent payment that reduced to balance to $4.4 million.

"We owed the court then and as a matter of fact four weeks ago, five weeks ago, we paid them $2 million," he was quoted on DBS as saying, without providing proof or explaining the $1 million discrepancy in the figures. The timeline provided by the prime minister suggested a payment was made no earlier than 8 May, over three months after the January date referred to in the article.

Antigua-based respected Dominican attorney Justin Simon, who in an address in February to commemorate the court's 50th anniversary had raised concerns about its financial independence, insists the figures as reported were correct.

"If Dominica has paid a substantial amount of its debt since then, we applaud . . . We are pleased that the Dominica government is addressing the matter as the prime minister has indicated. But he ought not to duck the truth when it matters, no matter how unpalatable. As finance minister and prime minister he has a double responsibility," Simon told The Sun.

In a letter dated 1 March to the Antiguan prime minister Gaston Browne and copied to that country's attorney general and bar association, as well as chief justice Janice Pereira of the supreme court, Simon sought Browne's support for the establishment of a trust fund to finance the court "in ensuring lasting public confidence" in the judicial system.

"A referendum on Antigua and Barbuda's accession to the court cannot now be confidently held given the current public feelings on the deficiencies of the court system with its failed budgetary funding by the member states," he wrote.

Simon had also included copies of his address and a breakdown of the amounts each country owed the court, and copies of all three documents have been made available to The Sun. The Supreme Court has not challenged the figures. The issue of funding remains a major concern, and confidence in the judicial system is important to Simon, a former attorney general of Antigua.

"The issue of properly funding the judiciary is fundamental to ensuring public trust in the system for both nationals and investors, and the people need to know the sad truth about such important matters to exert necessary pressure on governments that they may better serve the public interest," he told The Sun.

"Dominica did not need a referendum to accede to the Caribbean Court of Justice; other OECS territories do, and it is the state of our local and OECs judicial system that prevents the public confidence necessary to vote 'yes' to our highly praised regional CCJ."