Skerrit: We are not there yet 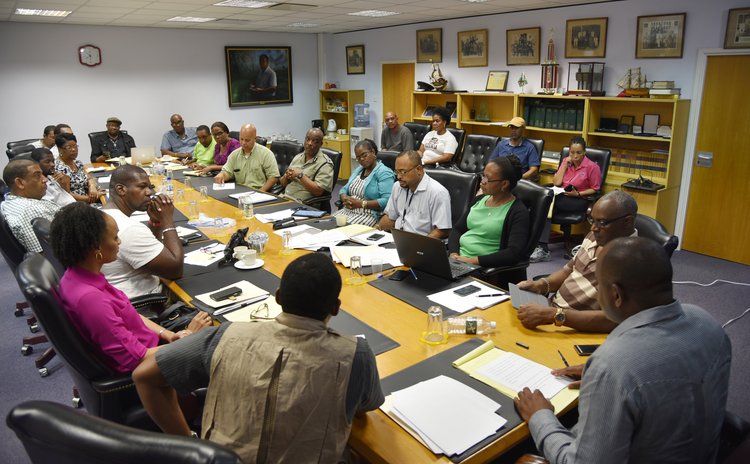 One year after Dominica felt the wrath of Tropical Storm Erika on 27 August 2015 when it left the country reeling from billions of dollars of damage to infrastructure and to farms as well as dozens of deaths, Prime Minister Roosevelt Skerrit says "we are not yet where we would wish to be".

However, he added: "our progress has been remarkable, and we are on course to building-back-better, our beloved Nature Isle."

Skerrit spoke to the nation in a five-minute address on radio and television at 1 pm today to mark the anniversary of the storm.

"The process of rebuilding is not one that can be rushed and the reality is that replacing and rebuilding the entire damaged infrastructure and resettling displaced persons is a mammoth task," Skerrit said.

"This Government is determined to build a stronger more resilient Dominica. This concept will be applied to our construction practices, and very importantly, to architectural and engineering designs. There will be greater emphasis placed on environmental issues and this will be appropriately reflected in our overall national land use policy. Simply put – we will build, to create a more secure future for current and future generations from any and all eventualities, down the road.

"Dominicans will never forget the carnage that revealed itself, on the morning of August 28th, 2015. We have spoken about it repeatedly over the last 365 days, and since then, every single community has been touched in a positive way by the efforts we have made, as a government, and as a people, to reconstruct and recover from this ordeal.

Skerrit said Dominica should remember "those who perished and those who are still suffering, physically and emotionally, from the passage of Erika".

And although "infrastructural damage can be repaired" the emotional impact of Tropical Storm Erika "shall forever be with us" and those who died "have left a void that can never be filled". In this regard, the government has deliberately not opted for a sole commemorative national activity. Though this would be impactful, this would not be as far reaching as if every single Dominican made it

He said Dominicans should make it their duty this weekend, "to offer a word of prayer and thanksgiving in memory of those who perished in the encounter with Erika and also, to pray for an ease in the physical and emotional pain still experienced by thousands in our midst" and he advised churches "to include in their services this weekend a special prayer for the victims of Tropical Storm Erika".

He said: "We need to pray for the souls of those who are no longer with us, and for a healing – physical and emotional – of those who continue to carry and bear the pain of that tragic event.

"Even if you cannot make it to church, and I would hope that you make an effort to attend, I would like for every citizen and resident of this country, to stop for a moment this weekend, and intercede on behalf of the deceased, the bereaved and the afflicted".

Skerrit said he will keep his promise of erecting a monument to honour victims of Erika.

"This will be done, when once we have returned a greater sense of normality to the lives of those displaced and most affected," he said. "In the meantime, let us use the powerful weapon and armor of prayer, to their honour and relief".