Pit Latrines, lots of them, still exist around Dominica 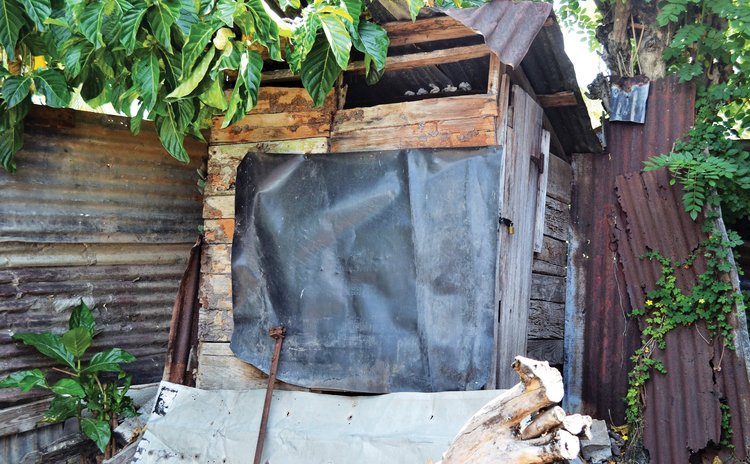 Pit Latrine in a village near Roseau

A near-decade war declared by the Government of Dominica on pit latrines is now at a standstill and those in the crossfire are longing for an end to this halted war.

In 2013, at the 18th inaugural meeting of the Thibaud Village Council held on Friday, October 4, Prime Minister Roosevelt Skerrit called for a "war on pit latrines" in Dominica.

A few days later during his 3rd November address to the nation, Skerrit stated: "That pit latrine, or what some call out-houses, shall be a thing of the past in Dominica under my watch as Prime Minister of this country."

As highlighted by Reginald Austrie, the Senior Government Minister and Minister of Housing, a 2011 census revealed that over 4,200 families were living without proper washroom facilities, and over 2,000 had nothing at all in that regard.

Fast forward to mid-May 2021, a year over the deadline for getting rid of pit latrines, THE SUN can report that there are still many pit toilets in Dominica.

A resident of St Joseph, one of the first war zones identified - along with Colihaut, Castle Bruce, and Portsmouth- said he was still using a pit latrine; he did not receive a modern toilet because of his political affiliation, he said.

"All of the Labourites in the area got flushing toilets, except (for a) few of us in the community, who didn't support the former Parl-Rep," he said.

According to the father of three, who said disclosing his name would bring too much shame to his children, he lives in fear that one of his children may get hurt while using the unsanitary waste dump.

"When they were younger I would never have them use it; my lady or myself would have them use a bucket and I or she would dispose of it for them but now that they are growing, they want their own privacy," he said.

Asked about the next step, he claims that he has written to the village council on several occasions but he hasn't received a response.

The St. Joseph resident said his meagre income is preventing him from building a proper toilet and this is one sacrifice that he intends to make in 2021.

The Sun also spoke to two people from the Mahaut constituency where the government has spent over a quarter of a million dollars for the eradication of non-flushable toilets but, surprisingly, they are not happy with the change.

According to the Mahaut residents, who gave permission to publish their last names only, a flushing toilet is useless without running water.

Joseph, who collects water from a nearby standpipe for daily use, said he's able to count the number of times he's used the flushable toilet on both hands.

"It really doesn't make any sense that I use it. I don't have water at my home and the number of pails of water I would have to carry from the pipe and back would be too much to flush this toilet. So I would rather dig a hole, go to a family member's house or better yet go by the river," the Sun was told.

While Esprit echoed similar sentiments, he says members of his large family flush the four-year-old toilet only when it's a necessity, and he is hoping to soon have running water installed at the home which they all share.

The Sun contacted the Ministry of Housing and the office of the Prime Minister for official figures on the war on pit latrines but we were unsuccessful. However, we can report that the last figure given by Government was in 2017, by Austrie, who disclosed that $10.4-million had been spent to eradicate pit latrines in Dominica; there were 983 beneficiaries.