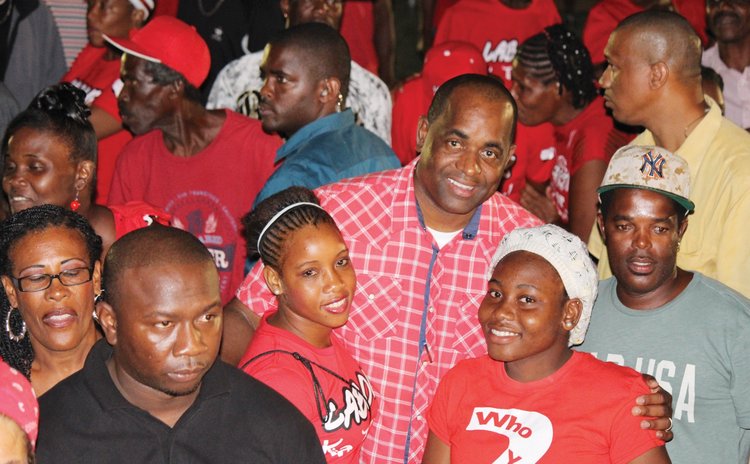 There are those, like critic Athie Martin, who believe Roosevelt Skerrit's legacy is safe, but not because they are being complimentary to the prime minister.

"Roosevelt Skerrit has entangled and disgraced the entire Caribbean and that to me is the most tragic part of Roosevelt Skerrit's legacy," Martin says with all the derision of a man disgusted at the thought of the prime minister holding on for even one more day.

And there are those who believe that the prime minister's legacy will be safe, but it is still too early to tell.

"I think this is premature," says one person who is close to Skerrit, but wants to remain anonymous.

With the Dominica Labour Party (DLP) leader stating recently that he plans to step down – although he was far from clear as to when – the discussion has begun as to the consequences and effects of his leadership of the country which he has run since the death of Pierre Charles in January 2004.

Many of his opponents, including the Opposition United Workers Party and Martin, see little to nothing to celebrate.

When Skerrit took over the mantle at the age of 31, many thought what he lacked in experience would be made up for in the energy, enthusiasm and vision of youth, they say.

As a young man, they had looked forward to progressive programmes and policies that would revolutionize the economy and create opportunities for the youth.

Instead, those opposed to Skerrit and his DLP charge, he signed a Freudian pact that sold the country's soul to undesirables and dumped the hope of the youth down the toilet, with youth unemployment standing at 26 per cent in 2013, according to government's own figures.

"He has come to realise that whatever legacy he wanted will not be . . . [because] he really has no idea what he was doing," Martin says.

The opposition has often accused the prime minister of being a corrupt, egotistical, arrogant autocrat, who gambled away the country's future, a man completely incapable of even contemplating the possibility that he might ever be wrong.

Still, there are signs of carelessness, at the very least, in the handing out of diplomatic passports to too many people who wind up being criminals or wanted by law enforcement.

It is an issue, try as hard as he may, the prime minister cannot escape, and one that is likely to be attached to him long after he leaves office.

And, according to Martin, there is the issue of people who could have intervened to prevent the country's name from being sullied, but did nothing.

"The saddest part of his legacy is those who knew better and went along with it. They are as guilty as Skerrit . . . A lot of public servants have to be disgraced and must be held accountable because it was their job to look after the public interest and make sure the rule of law is upheld. And that is the saddest part of it because we are left with the pus." However, there are those who point to improved infrastructure, including the national stadium, the bridge linking Goodwill and Roseau, and the Nicholas Liverpool and Edward Oliver Leblanc Highways as part of a growing "developmental legacy", that is yet secured and still too early to discuss.

"There is a developmental legacy – there are the roads, the [state] college building," says a person who has worked with the Prime Minister, but who prefers anonymity because of the sensitive nature of the discussion.

"But he is going to have to fight another election campaign, [and] depending on how he shapes the next election, the kinds of issues, the types of scandal that might arise . . . his legacy will be determined by that."

There is also Skerrit's relationships with China and Venezuela - which "he can't get away from", according to one political observer - which have paid dividends in the form of the infrastructure, as well as housing, his defenders say.

Both sides insist his legacy is safe, therefore he will not fade entirely into obscurity.

Where they defer, however, is on how history will judge a man who divides opinion as much as Skerrit does.