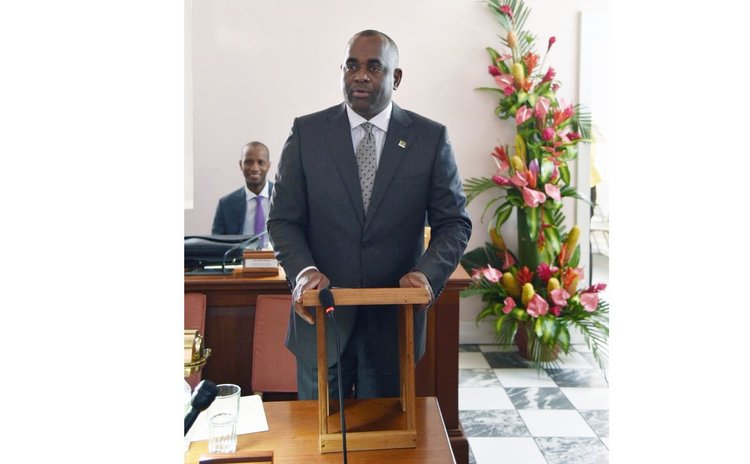 He admonished, he begged, he criticised, he praised his government and by the completion of his two- hours-plus budget address on Friday, Prime Minister Roosevelt Skerrit had left his listeners numb with numbers. In the wake of that address, spin doctors are now sharpening their scalpels. Please stay tuned, dear weary consumers of propaganda.

Beginning Monday, the opposition United Workers Party (UWP) gets its turn to criticise, to critique, to cajole, to suggest, to accuse, but almost certainly not praise, Prime Minister Skerrit for the 2015-2016 fiscal year budget of the Government of Dominica.

Conveniently, the UWP has all of this weekend to plot, to strategize and to fine-tune its attack on the Government's strategies and programmes. What will they call the new budget? Remember last year the opposition derisively called the budget "A Baby Wipes Budget" because the administration removed taxes on pampers and baby-wipes.

In 2015 will the UWP call it " A Cool-Aid Budget" because there are new taxes on soft-drinks; or what about "A Pot-Hole Budget" to draw attention to the fact that the budget included a new levy on vehicles to help the government maintain roads.

But the government spin-doctors will probably respond to the opposition that "a budget by any other name smells as sweet".

In his address yesterday, Skerrit called his new budget "Keeping it Real" and warned that he will guard his wicket; like Shivnarine Chanderpaul, the Guyanese Test cricket batsman, he will not play any rash strokes.

"We are not about playing to the gallery, and not guarding our stumps," said Skerrit. "This Government, Madam Speaker, will in this Budget, keep fiscal bat-and-pad close together".

Bat and pad close together? But what if the Prime Minister was playing a T-20 game for Dominica and his team needed quick runs to win the match, he would need to be swinging like Chris Gayle- hard, high and handsome, wouldn't he?

But, seriously, in his cricket analogy Skerrit really meant that his government, in the new budget aims at keeping revenue (the bat) and expenditure (the pad) close together because of the current state of the world economy.

He didn't say so in his budget address, but the government may be constrained (from playing aggressive "fiscal" cricket strokes, to use the Prime Minister's analogy) because of Dominica's current debt burden.

Bad and good debt and how much debt is bad

In his speech, Prime Minister Skerrit said to his critics that "debt" is not a bad word as long as you do not default on your payments.

"The dreamers have sought to make heavy weather of Dominica's debt to GDP ratio. However, debt is relative," he said.

"A small developing country like Dominica, with limited resources, cannot escape debt, because there are really only three known sources of revenue for a country. These are gifts and grants, which are now becoming scarce; taxes, levies and similar impositions, which are limited in scope and capacity; and, loans, which have to be repaid.

"Anyone wishing to criticize us, should tell us whether or not the loan was necessary and how the funds could have otherwise been obtained on a timely basis.

"More so, they must answer the question whether this government has honoured its commitments to service the loans as contracted. That, Madam Speaker, is a resounding YES".

Later on in his address, Prime Minister Skerrit announced that Dominica's debt has exceeded the one billion dollar mark, probably for the first time in Dominica's history.

Acknowledging the need to improve the future of farming

In its response to the budget, if UWP finds anything in the new budget to sing praises to, it will be to acknowledge that Prime Minister Skerrit has made an attempt to do much more about agriculture and farming than the government has done over the last decade.

If you recall during the last general election campaign the opposition severely criticised the government for neglecting agriculture; the result of this neglect can be seen in the death of progressive rural life, increases in food prices and escalating unemployment especially among the rural poor. Apparently the administration has taken note.

In the budget address, Skerrit said that though agriculture declined by 1. 4 percent in 2014, based on the anticipated impact of his government's programme the sector will not only recover but also grow by 1.4 percent in 2015.

But the opposition may argue that given the current needs of the sector, the amount that the administration has allocated to agriculture in the new capital budget (EC$25 million) is chicken feed.