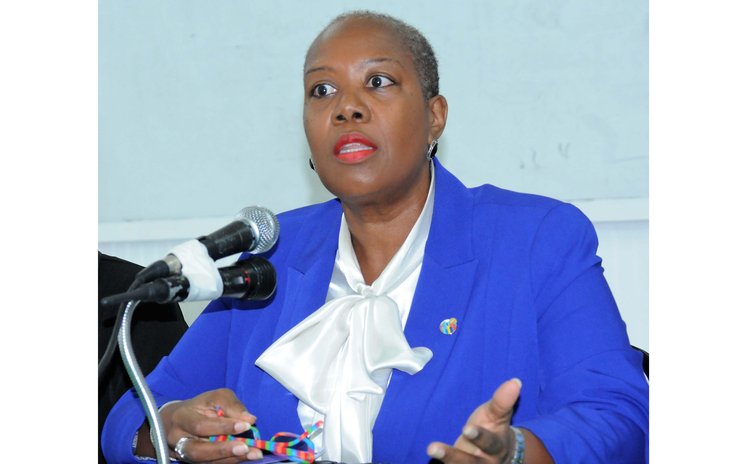 Delays in the post Hurricane Maria resumption of court, civil and criminal, and the deplorable state of the building that houses the high court and registry are worrying to members of the legal fraternity.

In an open letter to its members and copied to Legal Affairs Minister Rayburn Blackmore, Permanent Secretary Jo-Anne Commodore, High Court Registrar Ossie Walsh and Director of Public Prosecution Evalina Baptiste, the Dom Association (DBA) said it wants a prompt resumption of the operations of the legal system after the hurricane without undue delay.

"Many of you have expressed concerns about the effect of the prolonged delay in the resumption of the criminal assizes and in the allocation of trial dates in civil matters on the rights of litigants, especially the criminally accused," the letter said. "We, members of the Management Committee of the Dominica Bar Association, have registered your concerns and have raised them in discussions with the judiciary, the Registrar and the Permanent Secretary in the Ministry of Justice.

"While we are aware of the various hurdles facing the Government of the Commonwealth of Dominica, we strongly implore all persons with the power to make a difference to do all that is humanly possible to serve the interests of justice".

The Dominica Bar said it is "particularly concerned" about the condition of the building housing the high court, registry and law library after the storm.

"We are not satisfied that the conditions are at all suitable for the continued use of this building in its present state. Where the health of Registry staff and users is concerned, no delay should be tolerated.," the letter stated. "While assurances have been given that the necessary steps will be taken to improve the state of the building, the matter is urgent and must be dealt with urgently. A relocation of these facilities ought to be given the priority that these departments and the justice system on a whole deserve. We implore the relevant authorities to act swiftly."

The DBA advises lawyer to do his or her utmost to ensure that cases move efficiently through the system.

"In this regard, civil law practitioners are encouraged to file consent applications for extensions of time where deadlines were inadvertently missed as a result of Maria. All such applications, whether by consent or otherwise, should be filed without further delay," the DBA said. "In appropriate circumstances, renewed bail applications should be made for persons who are currently on remand awaiting trial".