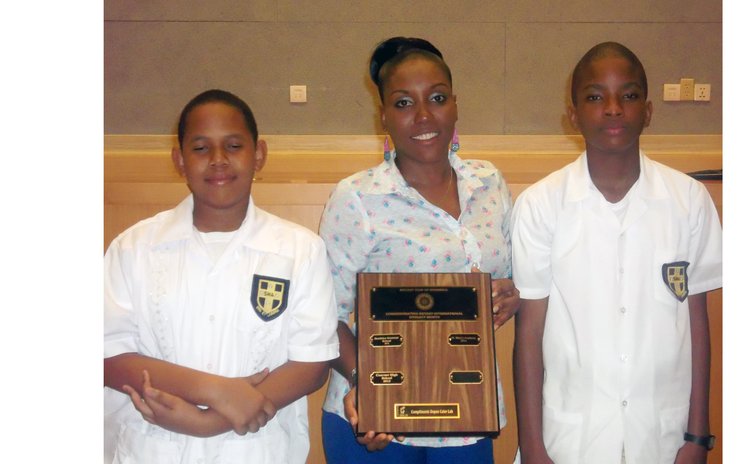 Khahill Richards, a First Form student and Keaunte Harrigon of Second Form were the two students who represented the school in the competition on March 18, 2015 at the Dominica State College Auditorium.

Stevens noted that the students only had about a month to prepare for the competition but since they are smart boys they were already up to par.

"As a matter of fact it wasn't that long we only got the information about a few weeks to a month ago," she said.

Meanwhile, in his feature address Minister of Education and Human Resource Development Petter St Jean said their diligence should not go unnoticed.

He added that the ministry commends the Rotary Club for their efforts in organizing this timely learning experience for the students.

"This activity is particularly relevant since it extends students learning experiences beyond the classroom walls. The quiz experience also allows them to work towards a specific goal and the opportunity to bring pride and honour to their school," St. Jean said.