Small countries need an IMF that is a lender of conscience 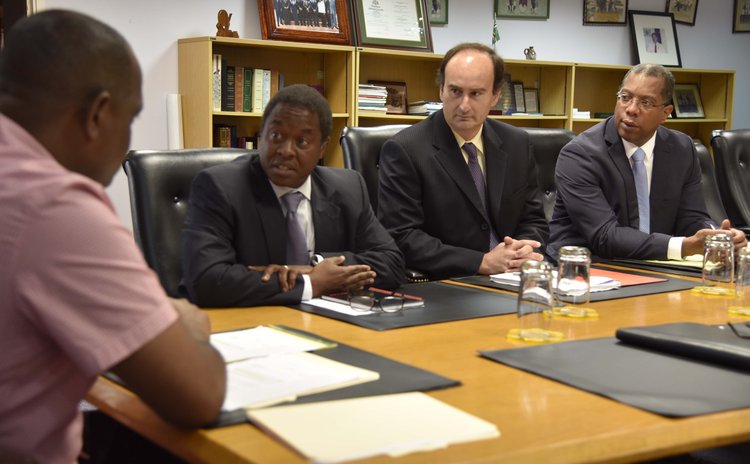 As undesirable as it may be, governments of Caribbean countries that are not in International Monetary Fund (IMF) programmes are being pushed in that direction.

Through no bad policy decisions that they have made, governments are confronted with considerably reduced revenues and extraordinary expenses because of the effects of the COVID-19 pandemic.

Many countries, particularly those regarded by the international community as 'high income', have exhausted their capacity to borrow from commercial markets and to issue bonds. They have been denied access to concessional financing by the IMF and World Bank.

Faced with sudden high unemployment caused by the severe decline in tourism, and continuous high expenditure on public health, including managing the coronavirus and purchasing costly COVID-19 vaccines, as well as gravely reduced income, Governments will have to engage the IMF as a lender of last resort.

It is either an IMF programme or a prolonged period of economic decline that will make recovery even more difficult than it already is. The present financial predicament in many Caribbean countries is worse than any plight caused in the past by hurricanes. It is far deeper in its effects and much longer in its duration.

Many governments have been unable to service their international debt that lenders, especially those in the Paris Club, continue to insist must be repaid in full, adding interest that is building a huge burden that will weigh down countries for decades to come. They have also incurred debt with domestic banks and other creditors that provide services. In the reduced financial circumstances in which they operate, governments are strained to settle these obligations, tightening conditions in the economy, and limiting the possibilities of new borrowing. Hope, by tourism-dependent countries, that the industry would have rebounded by now, has been dashed.
Realistically, there is no bright prospect that, even by the last quarter of this year, tourism by sea and air will bounce back sufficiently to make a meaningful difference. And, with the best will in the world, diversification into import substitution projects, while helpful and necessary, will not have a substantial impact on revenues and employment.

The tourism situation is worsened by the latest methodology adopted by the US Centres for Disease Control that places most Caribbean countries at 'Level 4' – very high risk. Changing that categorization will require measures to curb the rate of COVID-19 infection further, and to accelerate inoculation of the population. These measures need funds that governments are hard-pressed to find.

The COVAX facility, organised by the World Health Organization, promises deliveries of supplies it has negotiated with major pharmaceutical companies. But governments of rich countries, representing 18% of the world's population, have bought 4.6 billion doses or 60% of available supply. The competition by the governments of the remaining 82% of the global population is obvious.

There have been pledges to donate money to COVAX to help developing countries, such as those in the Caribbean, to obtain vaccines. But many of the pledges have not yet been delivered. More importantly, the main producers of COVID-19 vaccines cannot fulfil any new orders before the first quarter of 2022.

Regrettably, the International Financial Institutions (IFIs), and the rich nations that control their policies, continue to apply criteria for access to funding that should long have been discarded and which make little practical sense in today's conditions. But, CARICOM countries, apart from Guyana and Suriname with their high growth rates and revenues from oil and gas, have little choice but to engage the IMF for support programmes.

Recourse to the IMF is a last resort. Over the years, the tough conditions for support from the Fund have caused countries to avoid it. But, in the current circumstances, for many countries, the IMF has become the necessary option to get the financial liquidity that they need urgently. It is claimed that the language and approach of the IMF have changed, and that the institution has become more flexible and less dogmatic. The proof of that pudding is in the eating. Therefore, governments will engage the IMF, recognising that their options are limited. They will do so with caution. The last thing they want is additional debt tied to stringent conditions such as more taxes, cuts in public service employment and immediate repayment of foreign debt.

For its part, the IMF policymakers should appreciate that small Caribbean states cannot be measured by the same yardstick as richer and larger nations. COVID-19 and other disasters affect all countries to some extent, but the extent in small states is total. We need to look no further than St Vincent and the Grenadines. Already reeling from the effects of COVID-19, the eruption of the Soufriere volcano, which has not yet reached its zenith, has crippled it.

The vulnerabilities of small countries are lived experiences that must be taken fully into account if the IMF is to make a credible difference. The Fund should also remember that it is lending money, not granting it. The terms of engagement should be such that countries can repay their debts and yet survive, giving their people opportunities to grow.

The question is: can those who control the IMF make it, at least, a lender of conscience.